Ed Sheeran will be presented with the Irish Arts Center’s Arts and Culture Award later this year, sources have told IrishCentral. 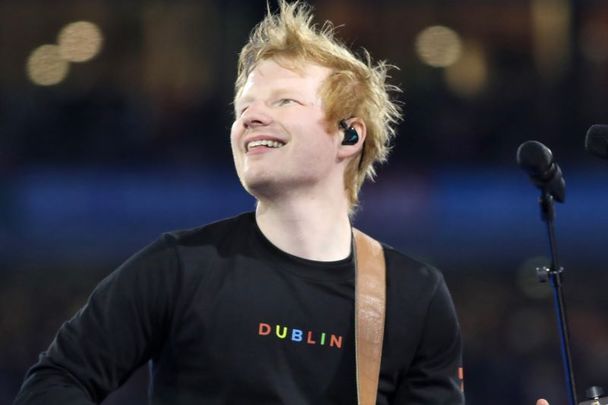 Ed Sheeran is set to headline the Irish Arts Center’s annual gala in New York City later this year where he will be presented with an Arts and Culture Award, sources have told IrishCentral.

The Irish Arts Center (IAC), founded in 1972, is a New York-based arts and cultural center dedicated to projecting a dynamic image of Ireland and Irish America for the 21st century. Late last year, the IAC unveiled its long-awaited new facilities at 726 11th Avenue, just days before its annual 'Spirit of Ireland Gala' was hosted at Cipriani on 42nd Street.

The details for this year's Irish Arts Center gala this year have yet to be formally announced, though sources have confirmed that Sheeran is set to be honored.

The news comes not long after Grammy-winner was among the patrons of the London Irish Centre who received the Freedom of the City of London last month.

Receiving the honor, Sheeran said: "I think everybody knows how much I love London, and how much it’s been a part of my musical journey so, to receive the Freedom of the City today is something truly special."

He added, “Given my family's Irish heritage, to receive the award from London’s first Irish Lord Mayor, Vincent Keaveny, and alongside London Irish Centre friends, is a bonus."

31-year-old Sheeran is in the midst of his massive international “Mathematics” tour, which he kicked off with two nights in Dublin’s Croke Park, followed by shows in Cork, Limerick, and Belfast.

Though British, Sheeran is very much in touch with his Irish roots. "I am technically half Irish as my granddad is from Northern Ireland and my grandmother is from south," the singer-songwriter said in a 2011 interview.

He said in a later interview for BBC’s "Desert Island Discs" podcast series: "I come from an Irish family, spent most of my childhood summers and birthdays and Christmases in Ireland listening to trad music bands."

Sheeran's Irish roots and time spent in Ireland have influenced his chart-topping music and in 2016, he recorded his hit song “Thinking Out Loud” in Irish for the album “CEOL 2016.”

The Irish influence is most notably evident on his album "Divide," which includes his spin on "Galway Girl," which featured Irish folk band Beoga and starred Saoirse Ronan in the accompanying video, as well as his song "Nancy Mulligan," about his Irish granny.

While Sheeran embraces Irish music both old and new, he met a fair bit of criticism earlier this year for his rendition of Luke Kelly's classic "Raglan Road," which he performed live alongside Joy Crookes for BBC Two's "Jools' Annual Hootenanny 2021" New Year's Eve program. Afterward, John Sheahan of The Dubliners invited Sheeran to "properly" record the iconic song.