Ed Sheeran will be opening his 2022 'Mathematics' tour at Dublin's Croke Park on April 23 of next year. 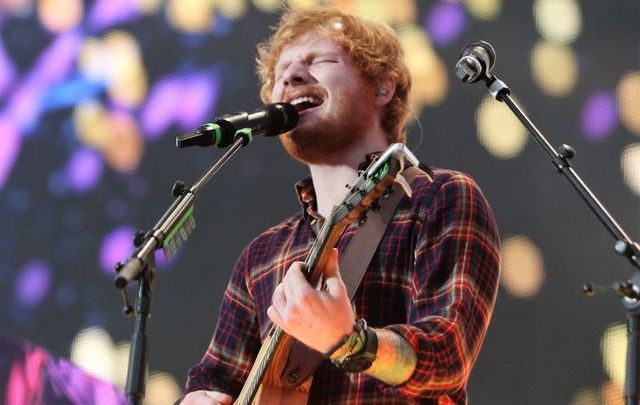 Ed Sheeran will open the first leg of his ‘+ - = ÷ x Tour’ (pronounced ‘The Mathematics Tour’) at Dublin’s Croke Park next year.

Sheeran will again take to the stage at Dublin's Croke Park on April 23, 2022, officially kicking off his next major tour, Aiken Promotions confirmed on Wednesday.

The announcement comes less than a week after it was revealed that Sheeran is set to begin his new 'Mathematics' tour in Ireland, with gigs at Páirc Uí Chaoimh in Co Cork on April 28, Thomond Park in Co Limerick on May 5, and Boucher Road Playing Fields in Belfast on May 12.

Tickets for Sheeran’s Irish tour dates, including the newly-announced stop at Croke Park, will go on sale with no presale dates this Saturday, September 25 through Ticketmaster.ie. Prices will be €81 for standing tickets and €91 for seated tickets with an additional service charge of €7.15 per ticket.

Sheeran's upcoming  ‘+ - = ÷ x Tour' ('Mathematics Tour') is his first since his record-breaking Divide Tour which ran from 2017 and 2019 and became the most-attended and highest-grossing tour ever. The Divide tour brought Sheeran to Ireland twice, with several dates in Dublin and Galway, as well as Belfast.

Irish music promoters Aiken Promotions said in a statement upon the announcement of the new tour: "On next year’s dates, fans will get to see Ed perform an array of tracks off his upcoming album, ‘=’, live for the first time, and they will also experience a new production set-up with Ed’s staging in the round, surrounded by the crowd in each stadium.

“Ed’s highly anticipated new album ‘=’ will be released on 29th October through Asylum/Atlantic."

Aiken Promotions went on to note: "Once again, Ed and his team have a strict stance against anyone using unofficial secondary ticketing sites in order to try and stop fans being exploited when trying to buy tickets for his shows.

"The shows on this tour will use specially developed mobile digital ticketing technology which have safeguards in place to ensure genuine fans are buying genuine tickets, and to stop unofficial secondary ticketing sites, and unofficial ticket sellers, from being able to resell tickets at inflated prices and rip off fans.

"In order to make buying legitimate tickets easier on the day, fans are encouraged to sign up for an account with an official ticket vendor in advance of the on sale.

"Fans who become unable to go to the shows will be able to sell their tickets to other fans at the price they paid + a booking fee through the official fan to fan face value resale platform at the place they purchased the tickets."

Sheeran gave a special nod to his Irish roots in his last album ‘Divide’ with the songs ‘Galway Girl,’ the video of which featured Irish starlet Saoirse Ronan, and ‘Nancy Mulligan,’ about his Irish granny.