Ed Sheeran to kick off his next tour in Ireland

Ed Sheeran, who is set to release his next studio album '=' ('Equal') in October, has confirmed dates in Ireland for his 2022 'Mathematics Tour.' 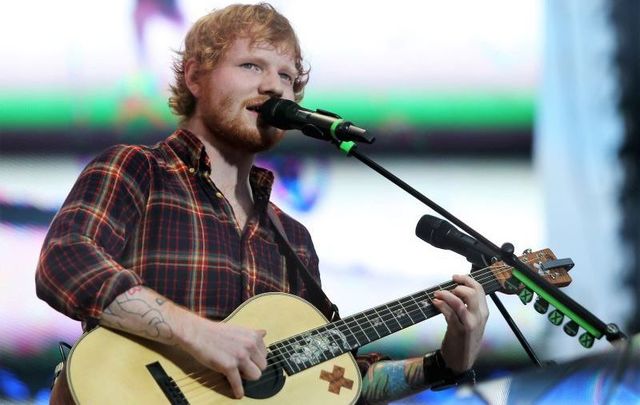 Ed Sheeran today announced that he’ll be kicking off his ‘+ - = ÷ x Tour’ (‘Mathematics Tour’) in Ireland next year.

Sheeran will open the first leg of the new tour at Páirc Uí Chaoimh in Co Cork on April 28, 2022.

That date will be followed by another Irish performance at Thomond Park in Co Limerick on May 5. Sheeran will then head up to Boucher Road Playing Fields in Belfast on May 12.

I’m going back on tour next year, the first leg is on sale Saturday 25th September. Check my website for on sale times & more info. You will need an account with one of the official ticket vendors so please sign up in advance xhttps://t.co/W2vnTwszLX pic.twitter.com/u7MtsHI3Uw

As the Irish Examiner notes, Sheeran has not scheduled any Dublin concerts,  but the gaps between the announced gigs in Ireland may allow other dates to be added.

Tickets for the Sheeran’s Irish tour dates, which go on sale - with no presale dates - on September 25 through Ticketmaster.ie, will be €81 for standing tickets and €91 for seated tickets with an additional service charge of €7.15 per ticket.

Sheeran's upcoming  ‘+ - = ÷ x Tour' ('Mathematics Tour') is his first since his record-breaking Divide Tour which ran from 2017 and 2019 and became the most-attended and highest-grossing tour ever. The Divide tour brought Sheeran to Ireland twice, with several dates in Dublin and Galway, as well as Belfast.

Irish music promoters Aiken Promotions said in a statement today: "On next year’s dates, fans will get to see Ed perform an array of tracks off his upcoming album, ‘=’, live for the first time, and they will also experience a new production set-up with Ed’s staging in the round, surrounded by the crowd in each stadium.

“Ed’s highly anticipated new album ‘=’ will be released on 29th October through Asylum/Atlantic.

“Later today, Sheeran is set to replace himself at No.1 in the UK’s Official Singles Chart following the release of his new single ‘Shivers’ – a track that Ed performed for the first time at last weekends’ MTV VMA’s. It follows his colossal comeback track, ‘Bad Habits’, that has, so far, spent 11 consecutive weeks atop the same chart.”

Aiken Promotions went on to note: "Once again, Ed and his team have a strict stance against anyone using unofficial secondary ticketing sites in order to try and stop fans being exploited when trying to buy tickets for his shows.

"The shows on this tour will use specially developed mobile digital ticketing technology which have safeguards in place to ensure genuine fans are buying genuine tickets, and to stop unofficial secondary ticketing sites, and unofficial ticket sellers, from being able to resell tickets at inflated prices and rip off fans.

"In order to make buying legitimate tickets easier on the day, fans are encouraged to sign up for an account with an official ticket vendor in advance of the on sale.

"Fans who become unable to go to the shows will be able to sell their tickets to other fans at the price they paid + a booking fee through the official fan to fan face value resale platform at the place they purchased the tickets."

Sheeran gave a special nod to his Irish roots in his last album ‘Divide’ with the songs ‘Galway Girl,’ the video of which featured Irish starlet Saoirse Ronan, and ‘Nancy Mulligan,’ about his Irish granny. We can’t wait to see if any Irish influence comes through in his new album!

*Editor's Note: An earlier version of this article incorrectly stated that Ed Sheeran will be performing at Thomond Park in Co Limerick on May 25, 2022. He will be playing there on May 5, 2022.