Ed Sheeran explains why you should all live in Ireland

The English singer-songwriter appears alongside Dermot O’Leary in new Tourism Ireland video, explaining why you should live in Wexford but always travel to Dingle. 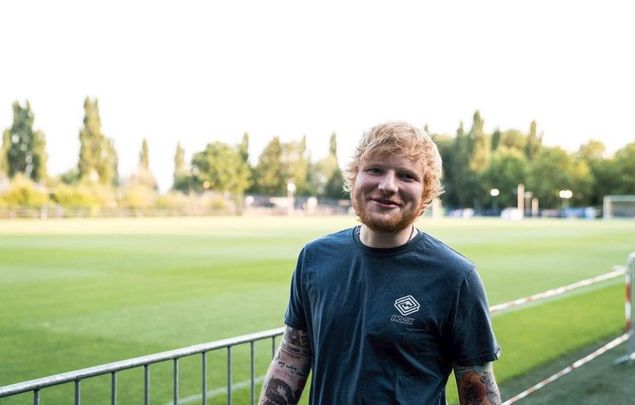 Ed Sheeran explains why you should live “down by the Wexford border” like his family in the hit song “Nancy Mulligan.”

As if you needed any more encouragement to live or travel to Ireland, everyone’s favorite redhead crooner Ed Sheeran has thrown in his two cents about why living in Ireland is fantastic.

In an interview filmed at the London Irish Center, Sheeran speaks with British-Irish TV host Dermot O’Leary about his love for the Emerald Isle; from wishing to play at the Other Voices Festival in Dingle to why Cork was his favorite venue of the Irish tour.

The interview and Sheeran’s passionate words about the magic of Ireland will be used by Tourism Ireland throughout Britain this fall to remind them that the beauty of Ireland is just a short journey away.

“If you’re traveling to Ireland to do touristy things, go and see Dingle Bay – and if you want to live in Ireland for a bit, live in Wexford,” Sheeran states, adding that the time he spent in Ireland with his grandparents highly influence his music.

“You speak to any musician ever and they go: ‘The best crowds are in Dublin’ mostly because people just play in Dublin. It is a very good place to play. I played in Roisin Dubh in Galway, Whelans, Vicar Street, the Olympia and the Ruby Sessions which was fun.

“I definitely have more of a connection with an Irish crowd than a Scottish crowd.

Read more: Get ready - an Ed Sheeran documentary is on the way

“That is just because of my heritage, going over there five times a year and then being into and influenced by Irish music.

“The guy that made me want to write songs is Irish.

“My favorite place in Ireland? I always went to Co. Wexford but Dingle Bay is really beautiful.”

Do you agree with Sheeran? Is Wexford the best place to live in Ireland? Let us know what you think in the comments section, below.