Amidst a politically tumultuous summer here in the US, Tom Deignan shares his picks of New York Irish novels to escape it all. 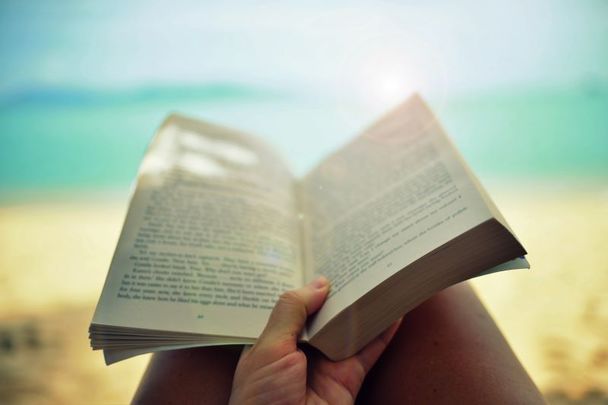 Perhaps you’ve heard the country is in a rather bad state.

So, we can’t even agree what we should call it when bellowing men and women in camouflage swarm the halls of government.

But hey. It seems we can all agree the VP nearly ended up on the wrong end of a noose.

Of course, the recent Supreme Court decision making sure more Americans can get their hands on guns should help clear up any such confusion in the future.

Speaking of which…abortion? Anyone want to chat about that?

Best, maybe, to take a short break and grab a good book, and head to the beach!

Last week, The New York Times released a fascinating list of the 25 “most significant” New York City novels of the past century.

“These sorts of lists always come with caveats,” the Times explained, “the most obvious in this case being that this was a deeply subjective exercise shaped by reading histories and preferences. …(and) we didn’t even attempt to rank the books – instead, they appear more or less in the order they did in conversation.”

I was initially unsettled, though not surprised, to see E.L. Doctorow’s 1975 classic "Ragtime." It’s a groundbreaking look at New York life.

The problem is the Irish generally come off as thuggish brutes. As they often do in “respectable” American culture.

But the panel won me over when they offered up Alice McDermott’s "Someone" (2013), an absolutely gorgeous novel.

“For a relatively quick read, Someone boasts a remarkably high body count,” the panelists note.

“Its narrator, Marie, comes of age between the World Wars, then spends her 20s working as a hostess at the local funeral parlor…bearing witness to the dead and those who mourn them, many of whom she knows from the Irish enclave in Brooklyn where she lives.”

Someone is also a great choice because so many people already know McDermott’s classic "Charming Billy."

Some other favorites of mine from the list are Michael Chabon’s 2012 epic "The Amazing Adventures of Kavalier and Klay," featuring a minor character named Davy O’Dowd from the old Irish enclave of Hell’s Kitchen, and Ayad Akhtar’s "Homeland Elegies," in which an Irish American cop named Fitzsimmons plays a small but important role.

Overall, though, the Irish presence on this list is, uh, modest.

So, here are some other New York Irish novels you should pack with you on your next trip to the beach. If you have room after you’ve packed up all your guns.

The Banished Children of Eve by Peter Quinn.

One of the minor tragedies of the Irish Famine is that no epic works of fiction were written at the time, to capture the horrors experienced on both sides of the Atlantic. Quinn’s brilliant novel fills this gap, and also illustrates how urban America was built on the fly – the consequences of which we are still living with today.

If I was surprised to see McDermott on this list, it’s because this tour-de-force was a more obvious pick. And deservedly so. It’s filled with rich, diverse, voices – hilarious one minute, heartbreaking the next.

A forgotten gem that captures the rough-and-tumble of outer borough life, avoiding the sentimentality and brutality that often mar such books. Honorable mention goes to Breslin’s 1973 novel World Without End, Amen.

House of Gold by Elizabeth Cullinan and Manhattan Beach by Jennifer Egan.