A look at John Millington Synge's life, from his early years to his untimely death. 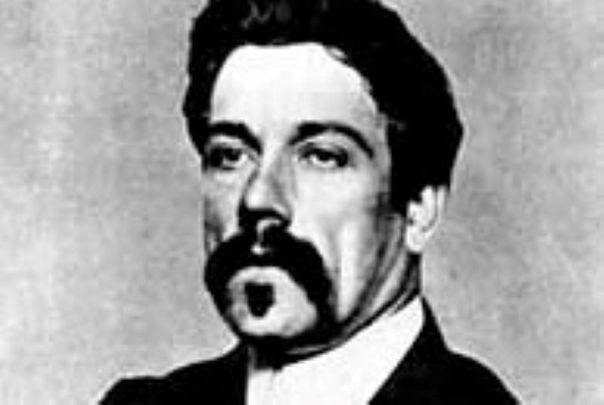 “Still South I went and West and south again through Wicklow from the morning till the night and far from the cities and the sights of man lived with the sunshine and the moons delight” - John Millington Synge.

2021 marks 150 years since the birth of the playwright and poet John Millington Synge.

Synge’s life may have been short and tragic but it was lived to the full, driven by an open-minded, insatiable intellectual curiosity and respect for his fellow man and for nature. He would become a leading figure in the Irish literary movement and, along with W.B. Yeats and Lady Gregory, a director of the Abbey Theatre.

Synge came from staunch upper-middle-class evangelical Protestant stock with impeccable Church of Ireland roots. The Synges had the “ unique distinction of providing, in a mere three generations, five Bishops for the Church of Ireland.” His comparatively modest upbringing in Rathfarnham, County Dublin belied his semi aristocratic ascendancy background.

His father, John Hatch Synge, had been called to the bar and his Mother Kathleen nee Trail was also steeped in the Protestant Clerical tradition. Her father, the Rev. Robert Trail, was the son of “the Venerable the Archdeacon of Connor”. Robert Trail, an Antrim native, was a rabid Evangelical Christian mired in the political and religious intolerance of the Northern counties forever “waging war against Popery in its thousand forms of wickedness."

John M Synge never knew his father who had succumbed to smallpox and tragically was buried on his son's first birthday. His mother was left with five children, (three had died in infancy during baby John’s first year) but far from destitute as there were rental properties including an estate in Galway which provided a more than ample income for a respectable Victorian family.

Synge’s first love was music and following his graduation from Trinity College, he would study at the Royal Irish Academy of Music. By this time, Synge had discovered Charles Darwin and Karl Marx and despite the concerns and the attempts at “conversion” to Evangelical Christianity by his mother the trajectory of his life was set.  “He could derive no spiritual advantage from pretending to believe something that he found incredible."

This damascene moment was succinctly summed up by Synge as “trading the Kingdom of Heaven for the Kingdom of Ireland.” This undoubtedly influenced his decision to abandon thoughts of a musical career for a medium that offered greater potential for expression and cultural appreciation.

Holidays were typically spent in Wicklow where the family would take summer lets close to the family seat at Glanmore near the village of Ashford.  At Tomriland house, near Annamoe, Synge would draft his first trilogy of plays: Riders to the Sea, In the shadow of the Glen, and The Tinker's Wedding.

Wicklow was a source of great curiosity and Synge, despite sporadic outbursts of chronic ill-health, would often take to the road walking up to 20 miles a day gaining inspiration from characters he met along the way, their lyrical, peasant vernacular captured in powerful, rich naturalistic prose.

The Synges had been in County Wicklow for almost 100 years. Francis Synge, John’s great-grandfather, had acquired the core of his estate in 1796 along with a large house then called Glenmouth which was picturesquely set overlooking the Glen with sea views to the south-east.

At great expense, Francis Synge embarked on a massive vanity project which would involve transforming the house and the Glen into a fitting location for a man of his perceived social standing. He commissioned Ireland’s foremost architect, Francis Johnston, to redesign the house and by adding Turrets, bartizans, and castellations, Gothicized the building.

The resultant metamorphosis was Glanmore Castle, Castle of the Great Glen. The Castle was visible from the Glen below fulfilling his dream in it becoming the Glen’s crowning glory. Francis Synge planted hundreds of trees at different heights in the Glen to produce beautiful combinations of foliage in spring and autumn and scattered cherry trees throughout the forest resulting in stunning displays of white spring blossoms. Viewing platforms were established on rocky outcrops giving fabulous vistas over the treetops or to the sea, and footpaths were created enabling circuitous walks.

Following his death in 1831, Francis Synge’s son John would carry on his father's work, adding more paths including “a great flight of five hundred rustic steps, winding up like a goat track among the trees on the steep side of the glen”.

J.M. Synge adored spending time in Wicklow and especially in the Devil’s Glen, of which he possessed an intimate knowledge. He had spent a considerable part of his childhood holidaying in its vicinity and would take great delight in escorting friends and visitors from his aunt's house nearby at Tiglin farm in the upper Glen, down to the waterfall or taking the cliff walk, winding along the precipitous upper glen path threading its way through a magnificent arch, which his grandfather, utilizing the labour of Welsh slate miners from his estate, had laboriously hand-cut through solid rock.

Although a Dubliner by birth, J.M. Synge considered himself a Wicklow man and would gain invaluable inspiration from its landscape and people. This would become very apparent in his writing and in his religious and political views which would cause deep consternation amongst his family, contrasting their deep-seated ultra- conservative ascendency attitudes.

Synge’s refusal to abandon his core principles would have a serious impact on his personal life. His marriage proposal to Cherry Matheson, a young woman from a pious Protestant family, would be turned down because of their opposing irreconcilable religious beliefs.

After a chance meeting with W.B. Yeats in Paris, Synge would, at Yeats's suggestion, further develop his naturalistic style by immersing himself in Irish Gaelic culture with visits to the West of Ireland and the Aran Islands which would be the setting for his masterpiece The Playboy of the Western World.

Synge would become firm friends with W.B. Yeats and his brother, the painter Jack B. Yeats. His relationship with Jack would result in an epic journey around Mayo and Galway which would prove to be, in the author's words, as ‘out-of-the-way corners in Mayo and Galway that were more strange and marvellous than anything I’ve dreamed of.’ These gems of social observation accompanied by Yeats’ evocative drawings were commissioned and published by the Manchester Guardian to highlight the extreme poverty of the people living in “the congested districts.” The articles and drawings would eventually be crystallized in the form of a book Travels in Wicklow, West Kerry, and Connemara, posthumously published with other articles in 1911 three years after his untimely death at 38 from Hodgkinson’s disease.

Synge was no stranger to controversy; in fact, he quite literally courted it. In 1905, he had fallen in love with Molly Allgood, a 19-year-old shop assistant with ambitions to become an actress. Under her stage name, Marie O'Neill, she would appear in many of the Abbey Theatre productions. Synge’s creeping illness would cruelly manifest itself as tumescent neck glands which were now inoperable, cruelly thwarting the devoted couple's plan to marry prior to his death in 1909.

J.M. Synge is synonymous with his masterful comic drama “The Playboy of the Western World,”  unfortunately not just for its genius and perception, but largely for the effect, it had on the hyper-sensitive sensibilities of a pre-revolutionary, colonial Edwardian Ireland.

As demonstrated by the infamous “Playboy riots” and the ensuing opprobrium, following immoral references to ladies undergarments and perceived slights on Irish womanhood. The flames of Nationalist righteous indignation were dramatically fanned by Arthur Griffin, the Sinn Fein Leader who declared  the play to be “a vile and inhuman story told in the foulest language we have ever listened to from a public platform."

Synge’s  measured response to the furor was brilliantly disarming: “We shall have to establish a Society for the Preservation of Irish Humour"