Irish writer James Joyce died on this day in 1941

Dermot McEvoy explores Irish writer James Joyce's death and why he is buried in Zurich. 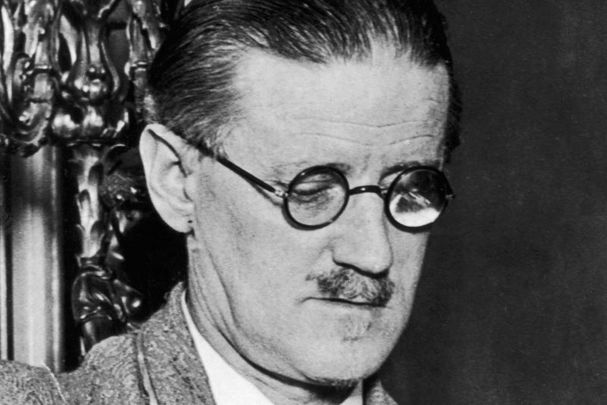 How and why the famous Irish writer came to be laid to rest in Zurich. Getty Images

James Joyce died in Zurich, Switzerland, on January 13, 1941, but how did the most famous chronicler of Dublin life end up being buried in Zurich?

According to Richard Ellmann’s spectacular biography of Joyce, "James Joyce," the reason can be found in Joyce’s family troubles, his stubbornness, his failure to embrace Ireland—all wrapped around Adolph Hitler’s invasion of France.

By the time the Germans marched into Paris, Joyce was already residing in the non-occupied Vichy section of France. He could not return to Paris and his worries about the insane mental conditions of both his daughter Lucia and his daughter-in-law Helen weighed heavily on his mind. He also had his son, George, and grandson, Stephen, to worry about, along with his long-suffering wife, Nora.

But that was not the only thing troubling Joyce in the spring of 1940. He was deeply distressed that the war had come along just after the publication of his masterpiece, "Finnegans Wake."

“They had better hurry,” Ellmann quotes Joyce. “War is going to break out, and nobody will be reading my book anymore.”

It was the same one-mindedness—some would call it selfishness—that had guided Joyce’s literary ambitions from the beginning.

Per Ellmann, the fate of "Finnegans Wake" and Hitler’s world ambition had collided. “‘What is the use of this war?’ [Joyce] demanded of [Samuel] Beckett, who thought it had a use and a reason; Joyce was convinced it had none. What was worse, it was distracting the world from reading "Finnegans Wake," in which the unimportance of wars in the total cycle of human activity was made perfectly clear.”

As he had during the First World War, Joyce turned to Switzerland for a safe haven. There were other intriguing options, but Joyce gave them no weight. Per Ellmann, “[Maria Jolas] urged him to come to the United States, and the American chargé-d’affaires at Vichy, Robert Murphy, thought it possible to arrange for the family, including Lucia, to go, provided they would take a plane. But America and airplanes were equally alien to Joyce’s mind.” For a man who was thoroughly frightened by thunderstorms, an airplane must have seemed beyond the pale.

Joyce was initially refused entrance into Switzerland because the Swiss authorities thought he was a Jew, which amused Joyce. “C’est le bouquet, vraiment,” he exclaimed. (“That really beats everything!”)

It seems that the mad, Irish-Catholic creator of the wandering Dublin Jew Leopold Bloom had been caught in a surreal anti-Semitic trap.

The next move he made as the passage to Switzerland became trickier, tells a lot about how Joyce viewed Ireland, his love-hate affair with Éire coming to a head.

Joyce was in a difficult position. According to the Germans and Vichy French, he was not an Irish neutral, but a British subject. “Twice gendarmes came to their lodgings,” revealed Ellmann, “to list them in a census of British residents in France.”

For a moment, it seemed that the Irish Free State might be the salvation of Joyce and his family. Ellmann recreates a fascinating scenario between Joyce and his son, George:

“George meanwhile disregarded regulations by repeatedly bicycling from Saint-Gérand to Vichy. Being unable to obtain a permis de sortie, he went at a friend’s suggestion to the Irish Minister, who proposed he ask for an Irish passport and so depart from France easily as a neutral. He went home and told his father, who asked, ‘What do you think of it?’ ‘Not much,’ said George. ‘Neither do I,’ said his father, who had resisted the same temptation himself on the grounds that he should not accept in wartime something he did not desire in peacetime. ‘What are you going to do?’ he asked his son, and George replied, ‘I am not going to do anything.’ ‘Good!’ said Joyce, ‘in that case we’ll all stay here.’”

Having rejected Ireland one final time, Joyce turned his sights back to Switzerland and through friends and admirers, he was able to get passage for himself, Nora, George, and young Stephen. He left Lucia behind in a sanatorium.

Although he was very thankful to the Swiss, Joyce was not totally enamored of his new Swiss hosts, especially their obsession with order and cleanliness. “You don’t know how wonderful dirt is,” he said.

Joyce had had a duodenal ulcer for well over a year. Now, amid all the tensions of leaving Paris and being on the run in Vichy before settling in Zurich, it perforated and he was rushed to the hospital. Nora thought he was recovering and went home to rest, but was soon called back to the hospital. She arrived fifteen minutes after his death, which was brilliantly put to song in Jonathan Brielle’s Joyce musical, "Himself and Nora":

Even in his last months, Joyce was adamant in his refusal to reconcile with his erstwhile Catholic faith. He told a friend in France that “In Ireland, Catholicism is black magic.” But the decision on a Catholic funeral now came down to Nora, but she decided she “couldn’t do that to him.”

Joyce was buried in the Zurich winter and, according to Ellmann: “A green wreath at the funeral had a lyre woven in it as an emblem of Ireland. Otherwise, Ireland had no part in the funeral.”

The Irish throughout history have returned to Ireland for burial. W.B. Yeats died in France in 1939, but after the war was brought back to Ireland with great fanfare. Oliver St. John Gogarty, Joyce’s Buck Mulligan, died in New York but had demanded that he be brought back to Ireland. Prominent Fenians like Jeremiah O’Donovan Rossa, John Devoy, and John O’Mahony all died in New York City but made it home to Dublin and Glasnevin Cemetery.

And apparently, James Joyce was no different.

Brian Cosgrove in his “An Irishman’s Diary” column in the Irish Times on January 10, 2012, noted that Nora Joyce offered to the Irish government to repatriate James’ body.

“It is still shocking to learn,” wrote Cosgrove, “that apparently our then government under de Valera instructed the Irish chargé d’affaires in Zurich not to attend Joyce’s funeral. And when his wife Nora expressed a willingness to permit the repatriation of his remains, the offer was turned down by that same government. There was at least one major consequence: an unforgiving Nora insisted Harriet Weaver donate the manuscripts of "Finnegans Wake," not to the National Library in Dublin, but to the British Museum.”

Apparently, Joyce's virulent love-hate of Ireland followed him to the grave.

Perhaps the best reaction to his death came from his insane daughter, Lucia: “What is he doing under the ground, that idiot? When will he decide to come out? He’s watching us all the time.” It was such an Irish and Joycean reaction to death that I think her father, the old reprobate still cold under that Zurich soil, would have been delighted.

*Dermot McEvoy is the author of "The 13th Apostle: A Novel of a Dublin Family, Michael Collins, and the Irish Uprising" and "Our Lady of Greenwich Village," now available in paperback from Skyhorse Publishing. He may be reached at dermotmcevoy50@gmail.com. Follow him on his website or Facebook.