U2, who first visited America as a band in 1980, says they would have "never imagined" being named amongst the Kennedy Center's Class of Honorees. 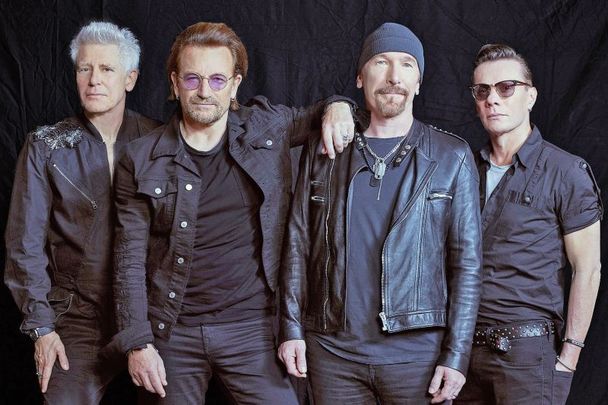 U2 has been named amongst The Kennedy Center's 45th Class of Honorees. Olaf Heine

Reflecting on the honor, U2, consisting of Bono, The Edge, Adam Clayton, and Larry Mullen Jr., said: “In December 1980, we made our first trip across the Atlantic to America. Our first show was at The Ritz in New York City, the second, The Bayou in D.C.

"We had big dreams then, fueled in part by the commonly held belief at home that America smiles on Ireland. And it turned out to be true, yet again.

"But even in the wilder thoughts, we never imagined that 40 years on, we would be invited back to receive one of the nation’s greatest honours.

"It has been a four-decade love affair with the country and its people, its artists, and culture. We consider America to be a home away from home and we are very grateful to the Kennedy Center Honors for welcoming us into this great clan of extraordinary artists.”

"We consider America to be a home away from home and we are very grateful to the #KennedyCenterHonors for welcoming us into this great clan."—Irish rock band @U2 (Bono, The Edge, Adam Clayton, Larry Mullen Jr.)

Kennedy Center Chairman David M. Rubenstein described U2 as "one of most influential rock bands of the modern rock era."

U2, Rubenstein said, "won over America and the world long ago with their iconic anthems, potent lyrics, and powerful messages of social justice and global citizenship—earning a musical legacy that crosses generations, inspires, and unites."

Deborah F. Rutter, Kennedy Center President, said: “For nearly a half-century, the Kennedy Center Honors has represented the very best of America’s creative culture. The Honors is often referred to by past recipients as the pinnacle of awards because it recognizes not just one performance, album, or film, but esteems an artist’s cumulative body of work and influence over many decades. This level of distinction is important.

"Through this holistic viewpoint, each year’s Honorees add another layer to the complex and inspiring collage of artists that together tell the story of our collective contribution to global culture.

The 45th class of Kennedy Center Honorees will be saluted on Sunday, December 4 at the annual Honors Gala at the Kennedy Center Opera House in Washington, DC. The event will be recorded for broadcast on the CBS Television Network at a later date for the 45th consecutive year as a two-hour primetime special and will be available to stream live and on-demand on Paramount+.