By coming out, footballer Jake Daniels breaks a powerful silence

The silence that was impacting Jake Daniels' mental health and confidence is centuries old and ruthlessly maintained by the dominant culture that seeks to call the shots for human behavior everywhere and always. 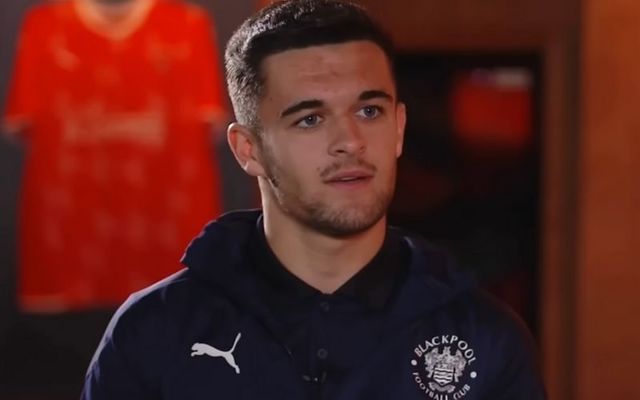 When the news broke this week that English Premier League football (soccer) player Jake Daniels had come out as gay, I felt concern for him.

The announcement came whilst he is still very much in the game; at just 17, he's still only at the start of an already top-flight career as a powerhouse goal scorer.

But what also made his announcement news is that it's the first time in more than 30 years that a football player has come out whilst still playing. That puts Daniels in a David and Goliath standoff that the reports barely mentioned.

Perhaps the uses and abuses of homophobia are still so obvious to all that they don't need to be mentioned? Or maybe it was a kind of unspoken shame, who knows?

The thing about homophobia is that it's never a fair fight. That's what makes it so attractive to the most wretched amongst us. You can leverage two millennia of bronze age condemnation. You can quote scriptures in every western tongue.

You can stand on the shoulders of two thousand years of bigotry and ignorance and wave your hateful banner like a conquering emperor. The majority will always applaud you and take your side. It's will be you and your army of long-dead elders versus one painfully isolated man or woman. It'll be a cakewalk.

It's also a game of honesty versus countless centuries of libel. "Since I've come out to my family, my club, and my teammates, that period of overthinking everything and the stress it created has gone,” Daniels told the press this week. “It was impacting my mental health. Now I am just confident and happy to be myself finally.”

The silence that was impacting his mental health and confidence is centuries old and ruthlessly maintained by the dominant culture that seeks to call the shots for human behavior everywhere and always. The Florida bill that the press has dubbed 'Don't Say Gay' is the just latest example of that silencing in action.

How can one teenager prevail against an army already waiting to jeer at him from the “supporter” stands or do all within their considerable power to socially isolate him and end his career?

It's not a fair fight, and that's the whole point. It never has been. One of the signature cruelties of colonialism for example is to violently suppress the history of the people who are being colonized.

Break the links to their past and you'll own their future, the thinking goes. It's as simple and as horrific as that.

In Ireland, we know all about it. It has taken us decades to climb out of the smoking crater that English colonialism made of our nation. We understand in our bones the sheer unfairness of the fight.

But oppression isn't just seen in colonialism, of course. Supremacy in any form cannot live in peace with the people it's oppressing. It's never enough to amass the most wealth and access. To truly win, there must always be losers - or else how would you know where you stood on the totem? And how would the people you're oppressing learn that they cannot hope to end your domination?

For this reason, each time a player like Daniels comes forward to tell his truth there's an overwhelming avalanche of abuse that's waiting to silence him – and prevent others from seeing and making the lost historical connections, and learning their own story, and understanding that they're the latest in a very long line of honest men and women who said no to that great silencing.

But this week, Daniels attempted to own his past and his future by speaking his truth to power. He broke the silence. That silence is used to having the last word, however.

So it's important for us all to see just how courageous Jake Daniels actually is. It's important to understand that he's being asked to face off against an unseen army in single combat.

If you want to know what a hero looks like, well here he is. If you want a fairer world for your own kids one day, you should lend him some real support now.

No one should be asked to lift such weights alone.