LGBT Ireland says the recent homophobic attacks highlight "vulnerabilities and very real fears," and that the LGBTI+ Community "has the right to feel and be safe on our streets, and online.” 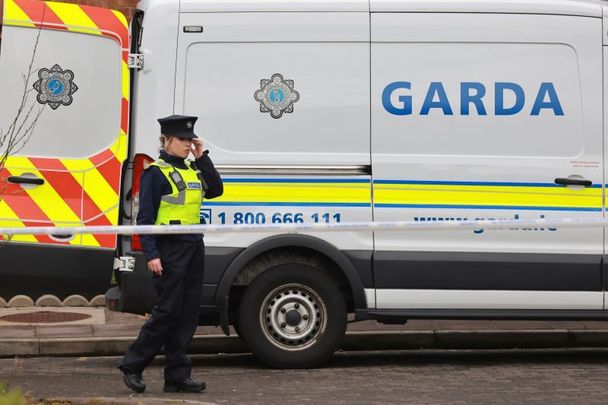 April 13, 2022: Gardaí outside the private residence at Connaughton Road in Co Sligo where they discovered the body of Michael Snee on April 12. A day earlier, on April 11, Aidan Moffitt was discovered murdered in his Co Sligo home. RollingNews.ie

A number of Pride organizations in Ireland are organizing vigils to be held in the coming days in the wake of a homophobic attack in Dublin and two separate murders of men in their homes in Co Sligo.

Somers was still recovering in hospital as of Wednesday, while Gardaí in Sligo separately said on Wednesday that one man had been arrested in relation to the murders.

LGBT Ireland said in a statement on Wednesday that it is “shocked” by the “heinous crimes.”

Paula Fagan, CEO of LGBT Ireland, said “This has been a dark week for the LGBTI+ community in Ireland. We are still reeling from the vicious homophobic assault on Dame Street in Dublin in recent days and, now, we are deeply saddened by events in Sligo. Our thoughts are with the victims and their loved ones.

“These devastating crimes bring to the fore the need for comprehensive Hate Crime legislation, and I – along with other sectoral representatives – will be speaking with lawmakers over the coming days to stress the need for them to redouble their efforts and ensure the forthcoming legislation is effective, comprehensive and enacted with urgency.

“The LGBTI+ Community has the right to feel and be safe on our streets, and online.”

Fagan added: “The focus of recent events must remain firmly on the perpetrators of violence against LGBTI+ people. These crimes are on the extreme end of a spectrum of violence experienced by the LGBTI+ community and highlight the vulnerabilities and very real fears of the wider community.”

“In 2021 our National LGBT Helpline received 21 calls because of violence, and we fear that many more people do not report hate incidents to us or to the Gardaí, due to the normalisation of homophobia and transphobia in society.

“Work done by the Hate and Hostility Research Group at the University of Limerick in 2019, revealed that 1 in 5 of those surveyed had been punched, hit, or physically attacked in public for being LGBTI+, and 1 in 3 had been threatened with physical violence. These statistics are stark reminder of the violence that our community still face."

Fagan said LGBT Ireland is aware that the recent events have left members of the community "reeling," and is encouraging people to reach out to The National LGBT Helpline for emotional support on freephone 1800 929 539, seven days a week, from 6:30 pm to 10 pm Monday – Thursday, from 4 pm to 10 pm Fridays, and from 4 pm to 6 pm on Saturdays and Sundays.

LGBT Ireland also appealed for the general public to assist An Garda Síochána with their inquiries and investigation. Any person with information or concerns can contact their local Garda Station. Members of the Garda National Diversity and Integration Unit are also on standby to assist at 01-6663150.

In the wake of the two separate murders in Co Sligo this week, a number of groups are organizing vigils: