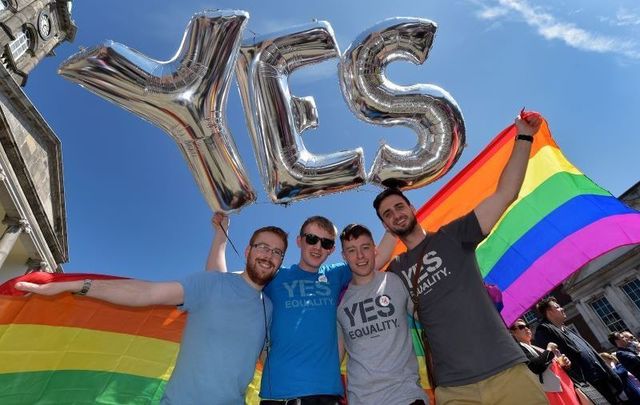 Thousands of people gathered at Dublin Castle on May 23, 2015 to await the results of the country's gay marriage referendum. Getty Images

Ireland voted by referendum to legalize gay marriage on May 22, 2015 after 62 percent of the country voted in support.

On the seventh anniversary of the historic Irish marriage equality vote, where are all the "I got it wrong" columns on the referendum this week? The ones that say there was no LGBT deluge, in truth families were either helped or unaffected, and life just went on, imagine my surprise?

When I landed in Dublin in May 2015 to report on the marriage equality vote, I saw posters tied to every telegraph poll driving in from the airport.

The country was engaged in an unprecedented national debate over LGBT rights and you couldn't fail to notice it. The messages on those posters were as stark as they were memorable.

“Children deserve a mother and father, vote no,” read one, as though we were being asked to outlaw families. We weren't being asked to do that, but the people who made that poster were craftily playing on public fears. Another read, “Vote yes, for a fairer Ireland.” That seemed fairer, if a little diffuse.

I might as well tell you the truth now, I wasn't sure Ireland had it in them. This week, most writers will take a well-deserved victory lap but I'm thinking of the writers who opposed marriage equality today.

The writers who believed in their head and heart that other people's equality somehow threatened their own. The ones who then went public and who carry that mark now.

Where are their look back columns this week? The ones that say, I got it wrong, there was no LGBT deluge, in truth families were either helped or unaffected, and life just went on, imagine my surprise?

It's human nature to eschew our own mistakes, isn't it? Who wants to write a thousand-word essay about how silly all my original protests seem to me now?

And for the writers who protested then and still protest now, I have this to say: the source of your opposition back then was simple anti-LGBT animus, so seeing the people you deplore achieve their legal equality must hurt a bit, and I'm just sad that same animus has not gone away for you. 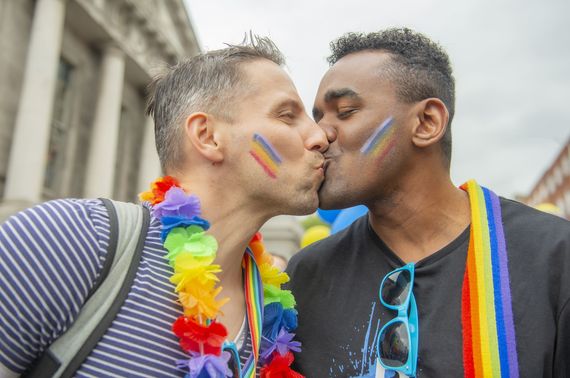 Celebrating the historic marriage equality vote outside the GPO in Dublin. (Getty Images)

Now here's why I wasn't sure Ireland had it in them on the day. I had grown up there in the 1980s, at the height of the AIDS crisis, I remember who said what about gay people in my own small community, who had empathy and who just had judgment, and there was much much more of the latter, I recall.

It is far easier to condemn than to converse, isn't it? It's human nature to refer to Cliffs Notes when it comes to other people's experiences, especially when it diverts so dramatically from your own. The Cliffs Notes on LGBT people back in the '80s were straightforward, they were to be neither seen nor heard.

Young gay people got the message back then and voted with their feet. They moved to London and to Europe and to America, for the most part. I moved reluctantly myself. It wasn't that we were being hounded out exactly, just that the wider society was making no room for us at all in social or public life. That wears you down over time. It's intended to.

So would there be a sea change? Did I dare to trust it? If I'm honest, I found it quietly upsetting to have my rights, my personhood, my value, and my future subjected to a big public vote. LGBT people won't often tell you that, but most of them would have felt the same. When do WE get a vote on YOUR rights and future? It is easy to miss how unsettling a no vote would have been back then. 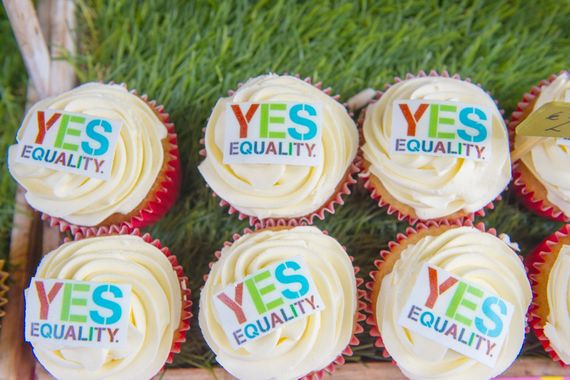 But on the street in the days before, and on the uniquely joyous day of, it felt like the roof was coming off Ireland, it felt like a portcullis was lowering to let us out of captivity at long last, it felt like a Bastille day but without tumbrels or guillotines.

I remember hearing bells ringing on that morning of  May 25 as I made my way toward Dublin Castle. That may be the heart playing a trick on the head now, but I felt elated, as I was buoyed by the huge crowds of young people (this was a young persons revolution in concert with older, wiser guides) preparing to celebrate their historic achievement.

That day, for the first time ever, I felt safe in my own country, I felt welcome, equal, Irish. My passport was finally being stamped.