Craic Fest is back with the Craic Session in Astoria 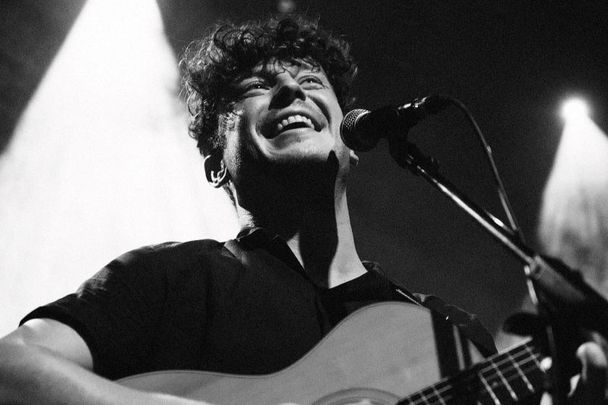 Daniel Elliott is one of the performers at the Craic Session at The Wolfhound in Astoria, Queens on May 7. Facebook

The Craic Fest is back with its annual spring fest the Craic Session this Saturday, May 7 at The Wolfhound in Astoria, Queens - and this time it's free!

Featuring a stellar lineup of emerging musicians from Ireland and Scotland and some Irish-based artists in New York City, this year’s special guests include singers Dan Elliott from Cork and Mick Hargan, who is Irish and Scottish from Glasgow.

The Cork-born singer Elliott, 26, who has performed on the Dublin music circuit as well as across Europe, has earned a reputation in Ireland for his powerful voice, evocative lyrics, and moving storytelling.

Getting his start at 15, when he performed in front of his entire school in a surprise singing debut, the thunderous applause told him he was on the right track early on. Later, after moving to Dublin to study to become a primary school teacher, he dropped out a year and a half to pursue his real passion – songwriting - full time.

Elliott didn't have to wait long for his star to begin ascending. In 2018, he was named the winner of the Le Crunch Apple of My Eye national song contest, judged by established names in Irish music such as Jess Kavanagh, leader singer of BARQ, and singer-songwriter Jack O’Rourke.

Gifted with a soaring and yet sensitive voice to stop instantly you in your tracks, his frequent and consistently sold-out gigs in famous Dublin landmark music venues like Whelans have put his name on the live map.

The Bruce Springsteen influence is undeniable, but John Mayer, Ed Sheeran, and David Gray also echo between the lines and in the mix, although first and foremost the Irish heart on the sleeve element is undeniable. It's no surprise, given all that, that Elliott's first three singles have done so wee (all are available on Apple Music and iTunes).

“This is a free event that is funded by the Cultural Immigrant Initiative,” Craic festival director Terence Mulligan tells IrishCentral.

“The Craic Session is hybrid this year as were doing an Irish trad session and a singer-songwriter night. We look forward to having Elliott and Hargan come over because fans know that they’re great live. We are also excited to have Denny McCarthy a local legend from Shillelagh Law and his trad trio perform.”

Singer Mick Hargan, a festival favorite, has toured the UK, Ireland, and Europe and, has made three trips to New York City following the release of his acclaimed debut album, Conversations Between Us.

New York gigs have included banner name venues like Webster Hall, The Living Room, The National Underground, and Ceol. These well-received performances then led to invitations to headline shows at festivals such as the prestigious Celtic Connections Festival in Glasgow and The Craic Festival here in New York.

Sincere lyrics countered with startling vocals make the Glaswegian singer-songwriter a mesmerizing force to be reckoned with during his live performances. No two shows are ever the same, since he draws on inspiration from bands like The Gaslight Anthem, Pearl Jam, Bob Dylan, Bruce Springsteen, Johnny Cash, White Buffalo, and The Frames.

In his songs, Hargan brings a mixture of melancholy, anger, and hope, with emotional and ethereal lyrics, keeping the audience in the palm of his hand right to the end. An energetic and intense talent who sings it like he means it, his performances reflect confidence, and leave the audience in want for more.

Finally, Denny McCarthy of Shilelagh Law needs no introduction. A celebrated member of the New York Irish music scene, his trio of traditional Irish music players know how to get any party started with raucous as well as foot-tapping trad standards guaranteed to get your Irish.

The Craic Sessions are free, but you must RSVP on Eventbrite. The full line-up is available on the Craic Fest website.