TUNE IN: Thumper and Damien Dempsey perform live from Ireland on Saturday 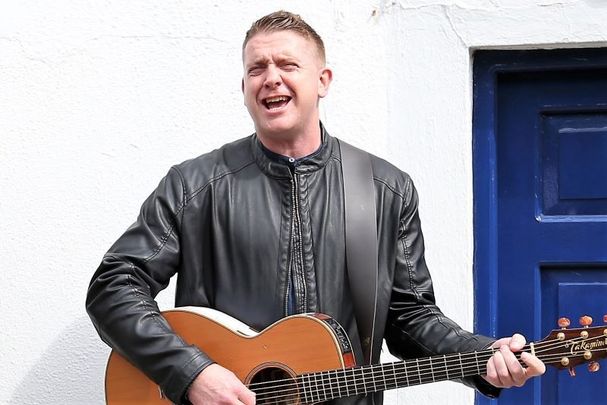 Damien Dempsey and Thumper are set to collaborate in a unique online gig at Slane Distillery in Co Meath, Ireland this Saturday, March 13.

The 'Best of Irish' musical acts get set to broadcast to the world this Saturday during a special online event presented by Hot Press magazine in association with Slane Irish Whiskey.

In a very special night of music on March 13, ahead of St. Patrick’s Day, The Slane Sessions online gig – to be broadcast on Hot Press magazine’s YouTube channel – will see the craft, graft, and innovation of Irish music broadcast to the world from one of Ireland’s most distinguished distilleries.

Surrounded by nature, steeped in history

As aficionados of Irish music will know, Slane Castle has played a vital part in opening Ireland up to rock music. It was against this backdrop that Slane Distillery was born amidst the fertile fields of Ireland’s Boyne Valley, combining traditional copper pot stills with cutting-edge energy recovery in a design that honours an ancient art of craft, graft, and innovation.

The best of Irish

It is fitting, therefore, that two of Ireland’s most compelling acts will bring their own special craft, graft, and innovation to bear in a unique and tantalising show at Slane Distillery.

High-flying Dublin sextet Thumper are set to plug into the hallowed spirit of Slane for a rip-roaring set.

Since being tipped as one of the Hot Press 'Hot For 2019' Irish Acts, Thumper have been blazing a trail through Ireland, across Europe and into the US. At the forefront of the Irish post-punk scene that is being pioneered by outfits like Fontaines D.C. and The Murder Capital, they stepped up to the plate in style with a raucous Eurosonic show and a month-long tour of the UK and Europe in early 2020.

Their touring plans may have been put on hold due to the ongoing pandemic – a sell-out UK tour scheduled for early 2021 had to be delayed – but Thumper have continued to establish themselves as one of the most thrilling bands in the country with the release of two blistering new singles, including their latest meisterwerk, the acclaimed ‘Topher Grace’.

Irish hero Damien Dempsey – widely regarded as one of the greatest Irish voices of the modern era – will be the special guest on the night, in what is set to be an intriguing coming together of brilliant musical talents. The legendary Dubliner’s collaboration with THUMPER will be a mouthwatering prospect for fans of both artists.

Over the course of his remarkable career to date, Damien Dempsey has established himself as one of the country's most beloved artists. Drawing influence from the likes of Bob Marley, Christy Moore, Luke Kelly and Shane MacGowan, the award-winning, chart-topping singer-songwriter has crafted a unique, soulful sound, centred on his marvellously powerful voice. His most recent album, 2018's Union, saw Dempsey showcasing new songs and re-imagined classics, through collaborations with Finbar Furey, John Grant, Kae Tempest, Maverick Sabre, Lisa O'Neill, and more.

With the coming together of these two giants of modern Irish music, The Slane Sessions will celebrate the meeting of tradition and innovation – and the best of Irish – in a very special night of music.

How to watch the world premiere

The filming of The Slane Sessions complies with all current Irish Government restrictions.