NYC Craic Fest is back in person - and online!

Craic Fest returns to New York City this March with film and music events both in-person and online. 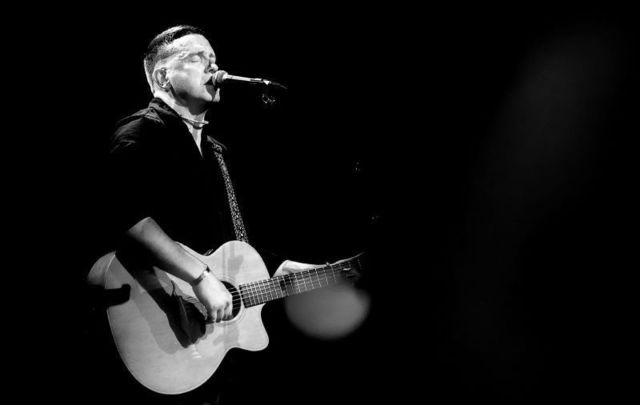 "'Love Yourself Today" centered around the legendary Irish singer and songwriter Damien Dempsey, will be part of the Craic Fest's opening night in NYC. Craic Fest

The Craic Fest will be back for its 24th season in March 2022, with a mix of live screenings, live performances, and online events.

“This year, the 24th annual Craic Fest, will be both in-person and online,” says Festival Coordinator Sophie Colgan.

“The in-person portion of the festival kicks off on Thursday, March 3rd at Cinépolis Luxury Cinemas on West 23 Street in the heart of Chelsea.”

What can you expect? “On the first night, March 3 at 7 pm, we'll screen a powerful new documentary called 'Love Yourself Today' that's centered around the legendary Irish singer and songwriter Damien Dempsey. The film explores the power of music to heal. It's also a documentary about Damien's own life in Dublin and how music has helped him heal certain parts of his own story.”

Why should you check it out? “It's a beautifully shot new film that examines why Dempsey's songs resonate so strongly with his fans,” Festival Director Terence Mulligan adds. “It's deeply personal and yet universal at the same time and it's the closest look at the folk singer that we're ever likely to get.”

The Friday night Gala Performance on March 4 (also at the Cinépolis) will be the New York premiere of "Keep It A Secret," a surfing documentary shot in Ireland (you read that right) by Irish filmmaker Sean Duggan.

“It tells the story of the dawn of surfing in Ireland and the film director Sean Duggan will be there to take questions after the film,” Colgan says. “Who knew that Ireland has quietly become a worldwide surfer destination? This is going to be a good one for people who are interested in surfing, the coastlines of Ireland, and finding out more about The Wild Atlantic Way.”

With over 2000 miles of coastline, much of featuring what surfers call gnarly waves, Ireland has quietly become one of the top surfing destinations in the world. "Keep It A Secret" explores exactly how Ireland became that hot destination since the early pioneering days of the 1970s (and how some people would really like this fact to remain under the radar).

On Saturday, March 5, beginning at noon at Cinépolis, the Kids Fleadh will screen an eclectic lineup of short films for kids and families. “The screenings will run for about 60 to 70 minutes with a variety of different short films,” says Colgan.

“We will invite anyone who wants to perform or sing to get involved on the day. There's an email address on the website to get in contact with us if anybody wants to contribute. It'll be very much an open forum for kids to come up and perform, whether it's a poem or song. We'll also have dancing by the McManus School of Irish Dance who are based in Sunnyside.”

The close-out film for the in-person screenings on Sunday, March 6 at 7:30 pm will be the US premiere of "Breaking Out," the award-winning documentary on the Irish musician Fergus O’Farrell featuring his famous friend and sometime collaborator, Academy Award winner Glen Hansard in a documentary directed by Michael McCormack.

“'Breaking Out' was the winner of the Best Irish Documentary at the Galway Film Fleadh before the pandemic in 2019,” says Colgan. “It depicts the journey into the heart and soul of Fergus O'Farrell, the charismatic singer of Interference, one of the most compelling bands to emerge from the Irish music scene in the nineties.”

“It's a very intimate look at his life with commentary from artists who were inspired by Interference. It's the perfect closing night film with an after-party that will hopefully feature some stars from the films we screen throughout the festival.”

The online portion of this year's festival will run from March 10 through 12 and will feature a selection of short films and documentaries.

“We had a very successful online fest last year and, in fact, it increased our outreach in the US to far beyond New York City,” Mulligan adds.

Presented by Fitzpatrick Hotels and Tourism Ireland, the Craic Fest after-party will feature complimentary drinks from Stella Artois. For tickets to the online and virtual portions of the 24th Craic Fest, visit TheCraicFest.com.