Craic Fest 2021 - which will be available virtually this month - features a number of Irish short films to tune into! 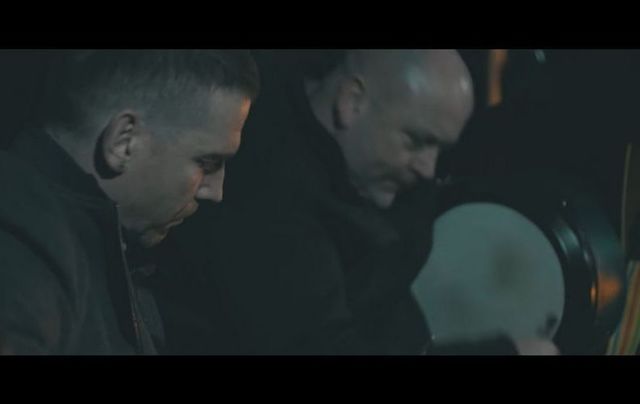 A still from the short film 'Eden' by John Connors. Tiernan Williams, YouTube

The 2021 Craic Fest (to be held exclusively online this year) is almost upon us and alongside this years feature length offerings will be an exciting array of new Irish short films.

First up is the Irish Shorts screening on Friday, March 5 at 6 pm featuring the best of recent live-action short films, including the award-winning Irish language film Ciúnas (Silence).

It follows a couple played by Gary Lydon (best known for Brooklyn) and Ally Ni Chiarain (best known for Michael Inside) as they set out on a journey to visit their daughter played by Hazel Doupe (Calm With Horses) in the midst of a tense family crisis.

Director and actor Tristan Heanue told the press recently that although he directed the film in the Irish language he actually has very little spoken Irish. “I don't actually speak Irish at all. There was a bursary to encourage films to be made in the Irish language, so you didn't have to actually be an Irish language speaker but you had to be willing to make a film in Irish. It really was a great scheme that came around at the right time for me. The film might not have gotten made without it.”

Ciúnas (Silence) won the Belfast Film Festival 2020 Best Short Film Award for its “subtle sense of a difficult and complex issue where the silences between dialogue were grippingly performed, the visual aesthetic perfectly framed and enhancing the drama of its narrative, and its keen understanding of the underlying emotions and motivation of its characters.”

As well as helming the powerful documentary film Endless Sunshine On A Cloudy Day, actor and director John Connors will also present the short film Eden on March 5 as part of the Irish Shorts screenings.

This directorial debut from acclaimed Irish actor, Connors's short film covers themes of identity, marginalization, and the alienation felt in the context of the pressures of a globalized world as experienced by many small communities.

The Kids Fleadh screenings, which focus on younger viewers, will be held on Saturday, March 6 at 11:30 am featuring the best new (and some classic) shorts films for kids and families in a combination of animation and live-action, including festival favorite and Academy Award nominee Give Up Yer Aul Sins.

Another terrific Kids Fleadh screener is Late Afternoon, written and directed by Louise Bagnall. This short film follows an elderly woman as she drifts back through her lifetime of memories, existing between two states, the past and the present. Starring Fionnula Flanagan, the film was shortlisted for the Academy Awards.

On Sunday beginning at 12 noon, the Craic Fest shorts screening series will feature recent Irish animated short films, including the award-winning stunner Featherweight. Described as a “dark-humored and expressive animation about a small family grieving the loss of a central family member,” the film (directed by Kayleigh Gibbons) shows how various members express their grief in opposite ways, as they work out how to proceed as a new family, now a little smaller yet perhaps stronger.

Writer and director Cliona Noonan's animated short Wet and Soppy tells the story of a man who just wants to dry his underwear. Tormented by the endless rainy weather, he is forced to use the local laundromat each evening instead of his garden washing line. But unbeknownst to him, another sly customer has been watching him from afar.

Also on Sunday, the festival will screen The Dream Report by award-winning Irish director Jack O'Shea. Described as a “deadpan sci-fi interweaving moments of familiar routine with esoteric messages from deep space,” it's one of the artier entries in the festival's lineup but all the more compelling for it.

This year, because of the ongoing pandemic, the Craic Fest will be held entirely online however a small reception is planned at the Fitzpatrick Grand Central Hotel in Manhattan featuring some of the cast and crew of A Bend In The River, the new feature-length film featuring John Duddy, John Connors, and writer and director Colin Broderick, with Festival Director Mulligan scheduled to be in attendance.

For tickets to the Craic Fest screenings, visit TheCraicFest.com or call the festival office at 917-373-6735.