Enjoy a Taste of Ireland at the Craic Fest in Queens

The Craic Fest is back this Friday, May 21 with its annual Taste of Ireland Music Fest at RBQ Lot in Rockaway, Queens. 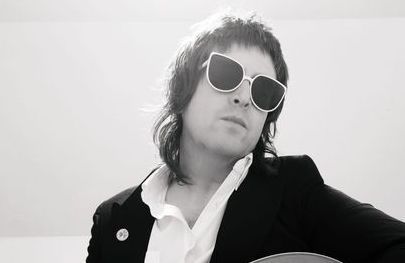 Featuring a stellar lineup of emerging musicians from Ireland and Irish artists based in New York City, this year’s special guest will include Stefan Murphy (best known from the band The Mighty Stef, who will be performing songs from his new album on the night).

It's five years since the band The Mighty Stef took their leave, but the Crumlin-born musician has been busy since the split that came after four albums and a decade of touring.

Fans know that the band took its name from a promoter who had no idea what Stefan's last name was, so he just wrote The Mighty Stef and the rest was history. “I didn’t really think Stefan Murphy was rock and roll enough at the time,” he told the press. “So I just used that for my acoustic gigs, and it somehow stuck.”

Now Murphy is back with a new set and some classics at the full-service restaurant, bar, and market located at 97-20 Rockaway Beach Boulevard in Rockaway Beach.

Local Irish American musician Bobby Butler will also perform on the night playing new songs from his album scheduled to release this month. There will also be a special duo performance from Blac Rabbit Band, the psychedelic rock band led by twin brothers, songwriters, singers, and guitarists Amiri and Rahiem Taylor.

Festival Director Terence Mulligan told the Voice, “A year ago this time I had Covid but now New York City is starting to come alive with live events. It’s great to be back with live performances from one of our favorite acts Stefan Murphy. This will be Stef’s first live show in over a year and it should be a very special night in Rockaway at RBQ.” 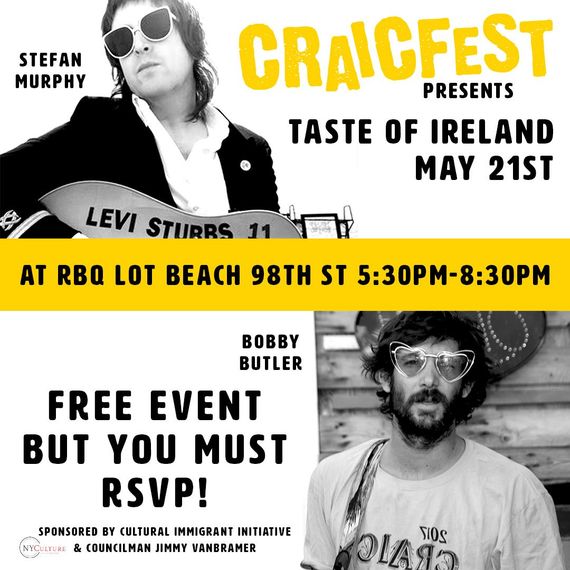 The Craic Fest Taste of Ireland event unveils this weekend

The event is free but you must RSVP. Check the CraicFest Instagram or Facebook pages for more details or contact 917-373-6735. The full line-up details are available at thecraicfest.com