History awaits you as Ireland reopens this summer, get inspired

As Ireland starts to reopen we take a look at what's in store for you on your next Irish vacation. 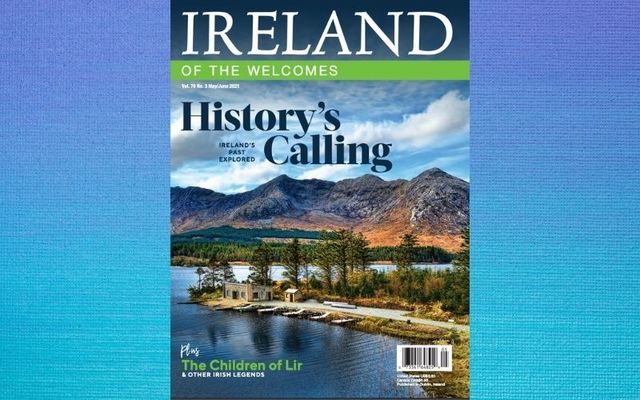 From a history of the Abbey Theatre to treasuring the Irish gem of Dingle, get inspired with the May / June issue of Ireland of the Welcomes.

We've been here before and yet this time it really does feel as though life is starting the long road back to normal. And so, with that in mind, we devote several pages in this issue to the grand scheme of travel. We look at the offers available at some of our favorite hotels, we spend 24 hours in the County Cork town of Cobh and Dingle resident Deanna O'Connor shares her insider's guide to the County Kerry gem.

Elsewhere, Leo O'Cathsaigh shares the Irish tale of The Children of Lir and we take a look at some other Irish myths and legends.  In keeping with the grand Irish tradition of storytelling, Domhnall O'Donoghue takes a look at the history of The Abbey Theatre, a space that holds personal memories for him as it's where he made his debut as an actor.

And last but not least in this issue we also look at the history of Maynooth University, which has the title of both Ireland's oldest and newest college.

Let's check out what's inside the May / June issue of Ireland of the Welcomes:

in the picturesque Cork town of Cobh

Leo O'Cathsaigh shares the story of The Children of Lir

Connemara, a region in County  Galway, in the spotlight

From one of Ireland's greatest and one that caught our eye

The latest releases from Irish authors