Liam Neeson is a force to be reckoned with in his latest thriller "Memory," which manages to pack a lot of social and political criticisms. 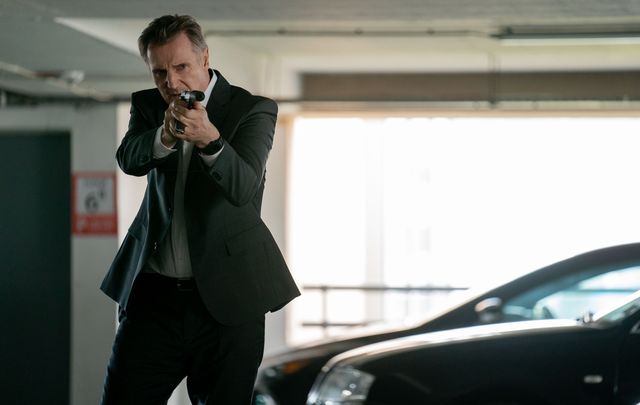 Liam Neeson is back in "Memory," a pitch-black tale of human trafficking and the people who enrich themselves from it

Playing a hitman confronting the onset of Alzheimer's - and in consequence trying to get out of the game - Neeson is a force to be reckoned with in his latest shoot 'em up.

"Memory "is the tale of an aging hitman with a dangerous secret he cannot share with his crew - he is grappling with the effects of the onset of Alzheimer's and he needs to make a clean break while he still can.

Alex Lewis (Neeson's character) is by every yardstick a bad man. He's a killer for hire who doesn't ask questions about who is paying or who is being killed. In fact, what he wants is simple enough, to be paid in cash for the hit and to make a clean getaway.

But things get messy in just about every way they can when he takes on a job that violates everything he believes in (if a hitman for hire can be said to believe in anything).

When Lewis refuses to kill a thirteen-year-old Mexican girl who's innocently caught up in a wider trafficking dragnet, he's forced to break his contract and attack the people who hired him before either they or the FBI, headed by agent Vincent Serra (Guy Pearce), find him first.

As the film progresses, it has a lot to say about the double standards that play out – and the fortunes that are quietly to be made – in policing the U.S. border with Mexico.

We learn that the man who owns the immigrant processing center also uses it as a place to identify, abuse, and traffic in minors it turns out, and the government in Washington D.C. knows this but looks the other way because the man in charge is so rich and well connected.

Meanwhile, Lewis is spinning out because he knows he's on borrowed time in just about every way a man of his age can be and he doesn't have time for the wheels of U.S. justice to identify and charge the men and women who played him. Added to that, there's a new wrinkle he had never intended confronting, his past and his own morality, since both are now angling for a reckoning. 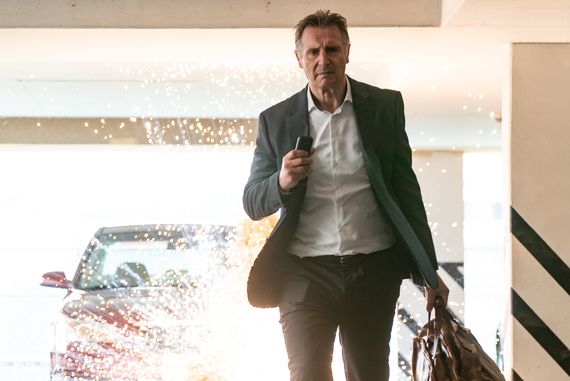 This is far more involving action-adventure stuff than the latest James Bond flick. For a start, the themes are more adult and, at some points, maybe too adult. This is really more film noir territory and American society turns out to be as much on trial as Lewis' own stricken conscience.

Neeson simply excels as a man with a certain set of skills and a shady past, as the success of the "Taken" films demonstrated. But he's even better when given a principle to fight for and a backstory that tells us exactly why, as "Memory" does – often shockingly - as the story progresses.

Think for a minute just how vital Neeson's career is as he heads toward his seventh decade. He's played Michael Collins, Oskar Schindler, a Jedi in Star Wars, Phillip Marlowe, Alfred Kinsey, Batman's Svengali, even a 17th-century Portuguese missionary in Martin Scorsese's "Silence." In fact, he's made one hundred films in all, an extraordinary number by anyone's yardstick.

Having his pick of film projects, and with a private life that he is admirably protective of, he's in the enviable position for any actor of being able to choose what he gives his time to. So we're lucky he's willing to bring so much grit and gravitas to films that he instantly elevates just by appearing in.

It's not remarked on much but he's not the kind of bulletproof tough guy that has been played by so many of his predecessors. Neeson usually shows you the humanity lurking beneath the mask his characters often wear. In "Memory," this is particularly true as we catch inklings of the fate that awaits him when his medicine no longer contains the ravages of the Alzheimer's that is coming to claim him. 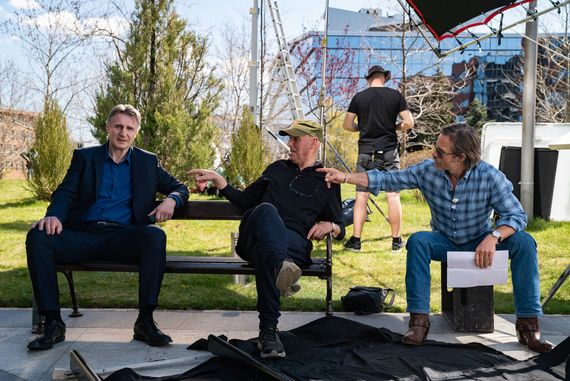 Liam Neeson on set in Memory

With the clock ticking, this dark as pitch thriller fairly sprints along, pulling you in as you become invested in Lewis' plight. Drug and trafficking cartels don't care who they hurt and killing children is their “specialty” we are told. What they don't know is that Lewis and his brother have their own experience of abuse and that memory inflames his outrage when he's instructed to perform a hit on a young girl.

"Memory" manages to pack a lot of social and political criticisms under its impressively streamlined hood, so while you're watching a bad guy find some late in life redemption in a big genuinely pulse-pounding thriller, you are also watching a society on trial for the way the lure of easy money ruins lives and almost everything. That's a tough act to follow and Neeson knows it. His string of hits continues.

"Memory" is now playing in theaters.