"Michael Collins"? "Taken"? You'd be surprised what the public's favorite movies are. 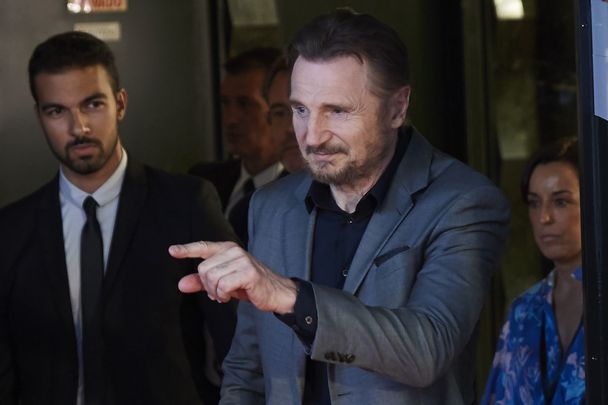 You think you know... but you don't! Here at IrishCentral we were really surprised by what Liam Neeson movies are listed as the most popular with the public.

Oscar-nominated, Liam Neeson has played iconic roles and is surely among Ireland and the world's most loved actors. Recently at IrishCentral Towers, we had a debate about our favorite Neeson movies. One team member said that categorically "Michael Collins" had to be on the top ten list. Another said "Taken's Brian Mill was surely the most famous and beloved of his characters.

As our Liam Neeson favorites were rattled off, we turned to Rotten Tomatoes to see what the public really thinks. What are the public's favorite Liam Neeson movies? the results were fairly surprising.

Here's we've listed Liam Neeson's most popular movies along with their Rotten Tomato rating by the public, that being what percentage of the public like each movie.

These are Liam Neeson's most popular movies of all time:

This critically-acclaimed drama sees Neeson sharing the big screen with Viola Davis. The plot goes that "following the loss of their respective husbands in a police shootout, the widows of these criminals come together to execute a robbery that their partners were planning."

6. "The Ballad of Buster Scruggs"

This Coen Brothers' series of six short movies isn't technically a movie but it makes Rotten Tomatoes' cut. The short movies all occur in 19th-century post-Civil War America during the settling of the Old West.

Silence is a 2016 epic historical drama film directed by Martin Scorsese and with a screenplay by Jay Cocks and Scorsese, based on the 1966 novel of the same name by Shūsaku Endō. The film stars Andrew Garfield, Adam Driver, Liam Neeson, Tadanobu Asano, and Ciarán Hinds. The plot follows two 17th-century Jesuit priests who travel from Portugal to Edo-era Japan via Macau to locate their missing mentor and spread Catholic Christianity.