The present-day alliance between the two nations dates back to several examples of Irish generosity and kindness in the immediate aftermath of the Second World War. 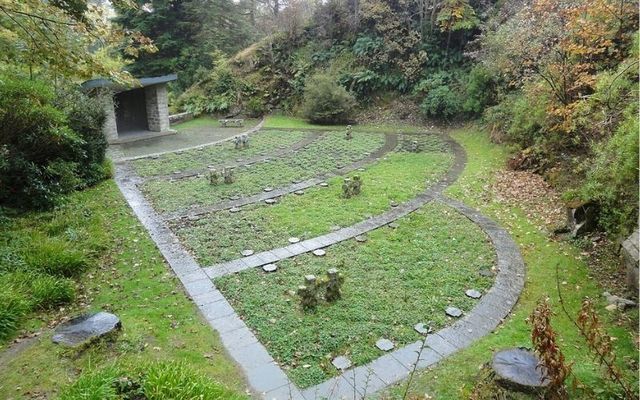 In the years following the Second World War, Ireland and Germany enjoyed a curious relationship of solidarity and friendship that endures to this day.

The present-day alliance between the two nations dates back to several examples of Irish generosity and kindness in the immediate aftermath of the conflict.

IrishCentral has recently compiled a short series examining some of the more interesting facets of the post-war relationships between Ireland and Germany and you can read each of them below in a one-stop-shop of Irish-German feature articles.

Two decades after the war, Ireland's only German military cemetery was established in the heart of the Wicklow Mountains. This article tells the story of how 134 German war dead from the First and Second World War came to be buried in the scenic Wicklow town of Glencree thanks to the lobbying of a handful of German diplomats.

By pure coincidence, Glencree also housed German refugee children in the years directly after the war.

The former military barracks in the village was used as a de facto orphanage where children could enjoy the Irish countryside before they were fostered by Irish families. The program provided relief for German families who could no longer care for their children as Germany reeled from the impact of the conflict.

Ireland did not only accept refugees from Germany after the war.

The Irish Government also sent a significant amount of aid to Germany in the two years following VE Day.

Ireland was the first country in Europe to send aid to Germany and donated more per capita than any other country in the world.

This article tells the story of Arthur Voigt, a German airman who crashlanded in Wexford and fell in love with an Irish woman while he was interned at the Curragh.