Several US politicians are calling upon Northern Ireland to continue to uphold the Good Friday Agreement in the wake of last week's elections. 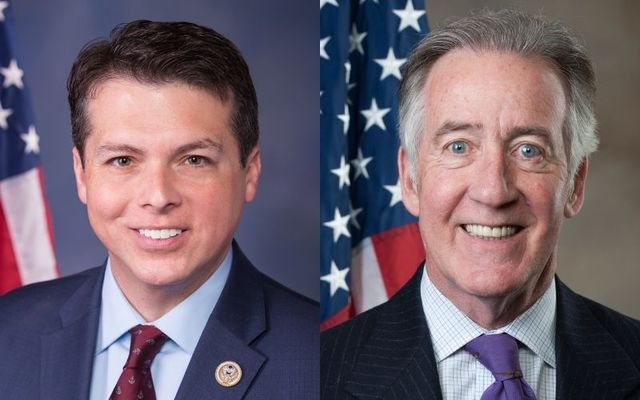 The US State Department has called for the re-establishment of a power-sharing government in Northern Ireland in the wake of last week’s elections which saw Sinn Féin top the vote and become the North’s largest party.

Ned Price, spokesperson for the US State Department said, “On May 5, the people of Northern Ireland voted in the seventh election for their devolved legislature since the 1998 Belfast/Good Friday Agreement.

"The political and economic progress enjoyed over this period is a testament to the benefits of a locally accountable power-sharing government that reflects Northern Ireland’s diverse traditions.

“We call on Northern Ireland’s political leaders to take the necessary steps to re-establish a power-sharing Executive, which is one of the core institutions established by the Belfast/Good Friday Agreement.

"Critical and immediate challenges concerning the economy, health, and education are best addressed through the collective efforts of a devolved government chosen by, and accountable to, its people.

“The United States enjoys a deep and long-standing relationship with Northern Ireland, grounded in ties of kinship, culture, commerce, and shared values. We remain deeply committed to preserving the peace dividend of the Belfast/Good Friday Agreement and will always strive to protect these gains for all communities. We look forward to continuing our work with democratic partners in Northern Ireland, and with the governments of the United Kingdom and Ireland, to support peace, prosperity, and stability across the region.”

On May 5, the people of Northern Ireland voted in the Assembly Elections. We remain deeply committed to preserving the peace dividend of the 1998 Belfast/Good Friday Agreement and will always strive to protect these gains for all communities. https://t.co/yBEDTUdSUE

Also weighing in on the results was Pennsylvania Congressman Brendan Boyle, son of an Irish immigrant from Co Donegal. Boyle said, "I wish to extend my congratulations to all of those elected in Northern Ireland’s Assembly election.

Congratulations to those elected to Northern Ireland’s Assembly. With the election over, I call upon all parties to uphold their commitment to the Good Friday Agreement and support the formation of a functioning executive. Making the GFA work is the best path forward. #AE22

Congressman Richie Neal of Massachusetts, a long-time activist on Irish matters and the chairman of the House Ways and Means Committee, said, “The symbolic importance of the results cannot be overstated. As with any fair and free election, the real winners are the people. Voters in Northern Ireland made their voices heard and actively participated in creating the more prosperous future we all wish to see.

“The Good Friday Agreement not only brought peace to the island of Ireland. It also created the power-sharing system of government at Stormont and serves as a template for successful conflict resolution for the world. Now is not the time for hard lines that will diminish this great progress, and any form of triumphalism should be resisted.

"The preservation of peace and stability remain paramount regardless of the outcome of these elections. All parties must embrace the political process and the new vision for a shared island. The people of Northern Ireland are counting on their newly elected officials, and that means choosing shared governance over no governance at all.”

In a fair and free election, the real winners are the voters.

The people of Northern Ireland are counting on their newly elected officials to embrace the political process, choosing the shared governance agreed to in the Good Friday Agreement over no governance at all. #AE22

*This column first appeared in the May 11 edition of the Irish Voice newspaper, sister publication to IrishCentral.