A look at how voting in Northern Ireland works and how things are shaping up heading into the Assembly elections on May 5. 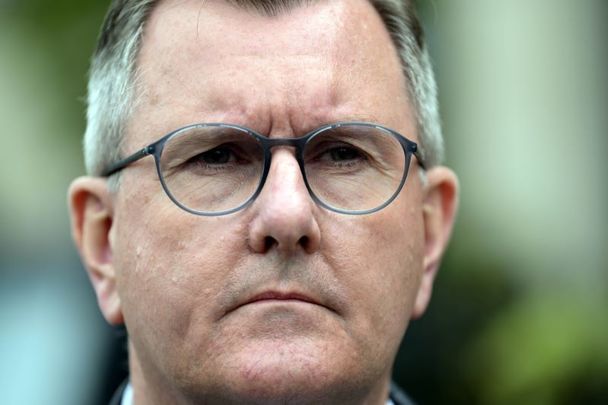 The people of the North of Ireland go to the polls on May 5 to elect a new Assembly and government. The race has set some historic precedents but could it also be defining election in the history of the North.

The institutions, established by the Good Friday Agreement, have a term time of five years.

In this election cycle, Sinn Féin has maintained a lead in the polls over the Democratic Unionist Party (DUP). It’s the first time the party has led in the polls going into any election, north or south, in modern history.

But the party can take nothing for granted. The elections in the North are conducted in a version of proportional representation called single transferable vote. Each constituency elects five members to the Assembly. A voter ranks their candidate preferences as far down the ticket as they choose.

I was asked to explain the operation of this electoral system last week in Washington and watched as eyes glazed over after five minutes of mathematical explanation. To jump to the end, having the largest vote does not necessarily mean winning the largest number of seats. The fifth seat in a constituency may well come down to transfers between parties.

The number of seats is important as that will determine the makeup of the government. The party with the largest number of seats will also be entitled to the position of First Minister. It is all to play for.

O’Neill has made clear that Sinn Féin will continue to respect the democratic outcome of the election and if elected as First Minister will serve to represent the best interests of all the people.

Both unionist parties, the DUP and the Ulster Unionist Party (UUP), have refused to commit to respect the democratic outcome of the election and serve alongside a Sinn Féin First Minister.

Unionism portrayed the First Minister as a continuation of the prime minister's role in the old Stormont single-party regime.

The first holder of that office, James Craig, claimed that Stormont was “a Protestant parliament for a Protestant people.” It was clear that Irish citizens would have no role in government and would be marginalised in the parliament. The old Stormont regime ended 50 years ago.

It was replaced in 1998 by a power-sharing government, with checks and balances to ensure there could be no repeat of the abuse of power that existed in the old Stormont.

Unionism has always viewed the First Minister as theirs and theirs alone. A unionist prime minister with a lineage back to Craig.

The election of a Sinn Féin First Minister replaces this myth with the reality of power-sharing and democratic change. Replacing a unionist First Minister with one who is pledged to represent the best interests of all the people – an event that neither unionist party wants to contemplate.

The largest unionist party, the DUP, under the leadership of Jeffrey Donaldson, has been in a tailspin with three leaders in less than a year. The party supported Brexit, a position rejected by the majority of people of the North.

The DUP opposed the Brexit Protocol which was supported by Congress and U.S. administration and the majority of parties. In protest, the DUP collapsed the government in the North and is running on a platform of not returning to the government unless the Protocol, an international agreement, is ended.

They have embarked on a series of public poorly attended campaign rallies which have morphed into anti-Good Friday Agreement protests. They have been sharing platforms with Jim Allister, the leader of Traditional Unionist Voice (TUV), a one-man band anti-agreement party.

Support for the TUV has increased as the support for the DUP has decreased. In the final Belfast Telegraph / LucidTalk poll, they stood at nine percent. It remains to be seen if they can build on their sole member of the Assembly.

To scare unionist voters, the DUP has sought to make this election a de facto unity poll, a position rejected by O’Neill when she stated the obvious, that this is about electing a government and Assembly to meet the challenges of a cost of living crisis and build a future for all.

The Good Friday Agreement provides for a unity referendum. Everyone agrees that there will be a unity poll in the future, but not this week.

The UUP, under the leadership of Doug Beattie, sits at 14 percent in the Belfast Telegraph / LucidTalk poll. Keen to portray the party as a modernizing and moderate voice of unionism, they have failed in the polls to get a bounce from his new leadership. The party remains opposed to an Irish Language Act and the Brexit Protocol and refuses to commit to serving alongside a Sinn Féin First Minister.

Besides the Sinn Féin lead in the polls, the other historic shift that has been identified has been the rise of the Alliance Party. It declares itself as neither unionist nor nationalist. It is the third-largest party at 14 percent in the Belfast Telegraph / LucidTalk poll. The party could be poised to make gains in this election.

In the polls, the “nationalist” SDLP is in fifth place just in front of the TUV. It’s a shadow of the former party headed by the late John Hume.

If the polls are to be believed, this could be a very interesting election. The election of a Sinn Féin First Minister would be historic but could also define a new era in power-sharing and finally put to bed the ghost of the old Stormont regime. It remains to be seen if unionism will respect the democratic outcome of the election.

All will become clear by May 7.

Ciarán Quinn is the United States representative for Sinn Féin.