Ahead of Northern Ireland's Assembly elections, the DUP has so far refused to say if they will nominate a deputy first minister if Sinn Féin becomes the largest party. 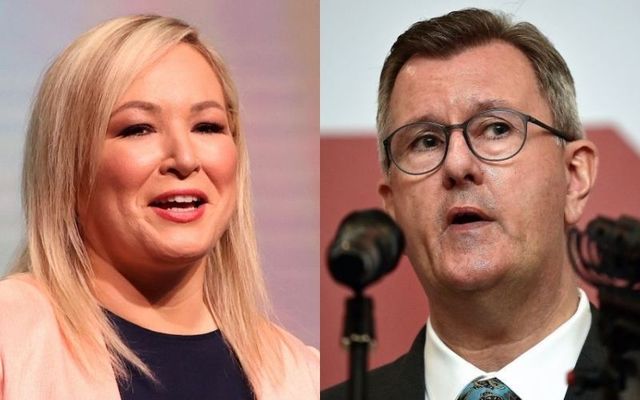 Northern Ireland goes to the polls on Thursday, May 5 for what could be the most vital election since it was established 100 years ago with the division of Ireland into two parts.

For the first time, a Catholic-supported party is likely to be the biggest single political organization with the prospect of appointing a Republican first minister at Stormont.

Yet, despite pre-election opinion polls putting Sinn Féin way ahead of rivals the Democratic Unionist Party (DUP), there’s no certainty a new Executive will emerge from the voting booths.

In a cross-border appeal to the DUP, Taoiseach Micheál Martin on Tuesday in an Irish Times interview said it would be “undemocratic” to refuse to form an Executive.

Astoundingly, the middle-of-road Alliance Party is neck and neck with the DUP in the latest poll published Tuesday. However, the proportional representation voting system will make the DUP the second-largest party after voting.

Although familiar, standard Northern Ireland issues like the effects of Brexit, the Protocol which guarantees a soft border, and the conflict that divided the community for years continue to dominate the headlines, the real most recent concerns for voters are healthcare, lack of childcare, and support for young families.

Voters may have views on whether the North should remain attached to the U.K. or join a united Ireland, but the issue is at the bottom of their ladder compared to their concerns about the cost of living and an improved health system. They are more concerned with removing the two to three-week wait for an appointment with their family doctor than worrying about when or if the border will go.

That didn’t prevent their politicians from descending to the old tribal “Orange” and “Green” confrontations in the first party leaders’ debate on Sunday night on Ulster Television. Both DUP leader Sir Jeffrey Donaldson and Sinn Féin Vice President Michelle O’Neill were targeted.

Join us as Marc Mallett hosts the UTV Election Debate, and stay tuned as Nathan Hanna gets the Press verdict. We'll be LIVE at 8pm!

O’Neill came under pressure over a Sunday Times story that reported that two years ago, Sinn Féin national chairperson Declan Kearney wrote to Saoradh, the political wing of the New IRA, the group behind the murder of journalist Lyra McKee, seeking a meeting to arrange a common strategy to pursue a border poll.

Under the terms of the Good Friday Agreement, only the British government can call a border poll if it considers it likely that the majority voting would express a wish to leave the U.K. and join a United Ireland.

But DUP leader Donaldson has warned that Sinn Féin would use an election victory to pursue its claims for an early date for a border poll.

O’Neill said no gangs involved in criminality – like the murder of McKee – should continue to exist, but she insisted that Kearney had “reached out” to work towards Irish unity and change in the constitutional position by consent.

Donaldson commented that the Sunday Times story proved what his party had been saying.

He added, “It's particularly an issue when you have Sinn Féin looking to build an alliance with people who are still committing murder on our streets to deliver their unity goal.”

The feistiest clash during the hour-long debate was over the DUP’s decision to collapse the Executive earlier this year, leaving £300 million unspent to help families struggling with energy bills. Donaldson was accused of being “absolutely dishonest” when he said the money could have been used without approval of the collapsed Executive.

There are 90 Stormont seats available in the election on Thursday, May 5. The most recent opinion poll has Sinn Féin at 26.6 percent of first preference votes in the North’s proportional representation system that permits candidates to pick up surplus votes from those elected or eliminated. That gives down-table candidates a prospect of winning final seats in the multi-seat constituencies. The DUP and Alliance each registered 18.2 percent first preference votes.

It would require an awesome vote swing to prevent Sinn Féin’s O’Neill from being nominated for the post of first minister.

The DUP is fast running out of time to agree on whether or not to appoint a deputy first minister and avoid tumbling Northern Ireland once more into political chaos.