While Sinn Fein seeks partnership, the Democratic Unionist Party (DUP) claims the upcoming elections are a "battle for Northern Ireland itself." 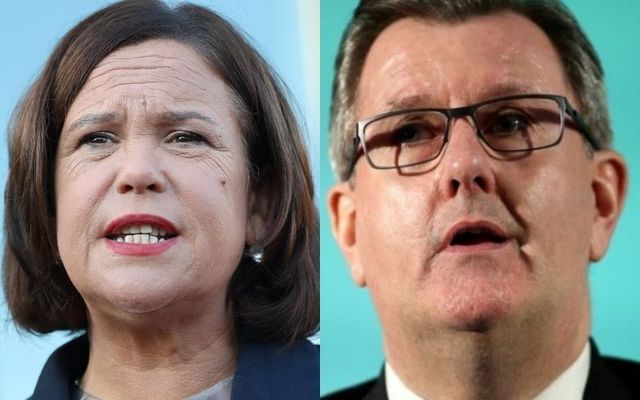 A rigid line has been drawn in Easter addresses in advance of Northern Ireland's Assembly elections, to take place on May 5.

Sinn Féin said it is an opportunity for unionists to join a partnership towards achieving a United Ireland. But the rival Democratic Unionist Party (DUP) insisted the election will be a battle for Northern Ireland.

Sinn Féin leader Mary Lou McDonald, speaking at an Easter Rising commemoration in Belfast, insisted people from a unionist tradition must have an “equal part” in building what she described as “the new Ireland.”

Addressing a large crowd of republicans in Milltown Cemetery, she urged unionists to “walk this journey with us.”

She said, “To those of a unionist tradition I say sincerely, we seek partnership with you."

McDonald maintained that continuing British governments had disrespected and failed unionists. She described next month’s Assembly election as the “most important in a generation” and said that the “democratic test for the leaders of political unionism will be if they accept the will of the people.”

Successive opinion polls have put Sinn Féin on course to be the largest party following the May 5 election, with Michelle O’Neill forecast to become the first nationalist to head up Northern Ireland’s government.

The DUP has refused to confirm if it will, in the event of that outcome, take the position of deputy first minister in the joint office. Failure to do so could block the formation of a new power-sharing executive.

McDonald’s comments came as Sir Jeffrey Donaldson claimed in an Easter message to DUP colleagues that a Sinn Féin election victory would help it to deliver on its objective for a referendum on Irish unity, and that polling day was a “battle for Northern Ireland itself.”

DUP leader Donaldson said the outcome of the election will “set the direction of the country for the next decade.”

In a statement, Donaldson said, “Voters have a clear choice between our plan for fixing health, helping working families with the cost of living crisis, and growing our economy within the union, and Sinn Féin’s divisive border poll plan.”

He claimed that a Sinn Féin victory in the poll would help it deliver on its objective for a referendum on Irish unity. “The election outcome will decide if Northern Ireland goes in the right direction or the wrong direction,” Donaldson said.