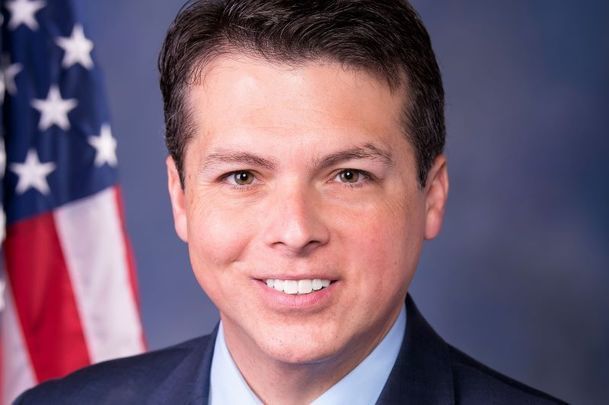 US Congressman Brendan Boyle is the only member of Congress with an Irish parent. Public Domain/ US Congress

Democratic Representative Brendan Boyle believes that a referendum on Irish unification is "very likely" within the next ten years.

Boyle, who is the only member of Congress with an Irish parent, believes that preparatory work needs to start now to convince the unionist community of a united Ireland.

The Philadelphia Congressman said that several key questions needed to be answered before a Northern Irish border poll could take place, including questions over citizen rights, forms of government, and how to maintain the relationships created under the Good Friday Agreement.

Boyle said that several academic institutions, including University College London, had already started working on these questions but said that the Irish, British, and American Governments needed to start preparing for a united Ireland so that it wasn't a "rush job".

A recent Sunday Times opinion poll found that the majority of Northern Irish voters favor a border poll within the next five years and Boyle said that referendum is now inevitable.

However, there has been an increase in sectarian activity in Northern Ireland over the past week after a bitter row between the European Union and the UK over the Northern Ireland Protocol signed during the Brexit withdrawal agreement.

Loyalist graffiti threatened to "hang" Tanáiste Leo Varadkar if he ever "set foot in Ulster", while loyalists also daubed pro-unionist paramilitary graffiti on a Catholic church in Derry.

Boyle acknowledged that sectarian tensions were likely to increase as conversations on a united Ireland intensified, but he said that this was further evidence that preparation needed to start now.

"Obviously there is the danger of that [sectarian tension], but that's all the more reason why things should be discussed and planned for in as proper a way as possible to attempt to minimize that sectarianism as best we can," Boyle told IrishCentral.

"If we get to a situation where there's a United Ireland, there's obviously going to be a danger of loyalist paramilitarism and terrorism. That's a thing we're going to have to deal with one way or the other."

The threat of loyalist violence in Northern Ireland can be mitigated by giving economic opportunities to young men from working-class backgrounds, Boyle said.

He said that he was gravely concerned by the young male population in unionist communities who were not pursuing a higher education and said that it would be "very wise" to try and help that population.

He pointed to the fact that the Irish economy is currently six times stronger than Northern Ireland's, while the average income in Ireland is almost double that of Northern Ireland.

He also noted that Scotland will probably have left the United Kingdom by the time Northern Ireland holds a referendum on Irish unity, weakening the arguments of remaining in the UK.

Boyle additionally told IrishCentral that he believes President Joe Biden will ensure the survival of the Good Friday Agreement during his four-year term. He said that former President Donald Trump was neutral on the issue but said that Biden will be more actively engaged in the discussions and more vocal in his support of the agreement.

"You already saw President Biden weigh in on Brexit in September and make it clear that the US was committed to preserving the Good Friday Agreement. He pushed back strongly against Boris Johnson's proposals to rip up the Northern Ireland Protocol."