Irish, US governments have first official call since Biden inauguration

Ireland's Minister for Foreign Affairs Simon Coveney and US Secretary of State Anthony Blinken had a "very warm first conversation" on February 13. 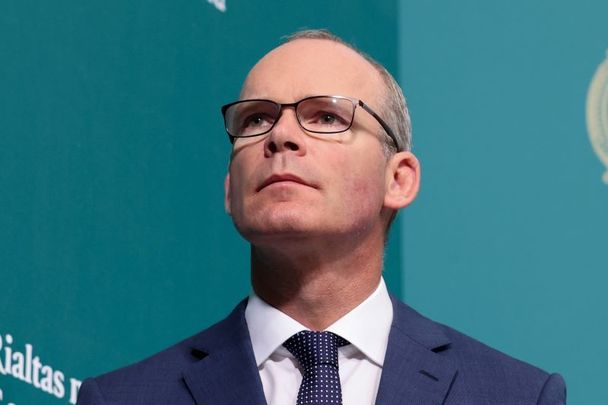 Simon Coveney, Ireland’s Minister for Foreign Affairs, engaged in a phone call with US Secretary of State Anthony Blinken on Saturday, February 13.

“They discussed Ireland’s role on the UN Security Council and as a Transatlantic partner as well as shared challenges and priorities, including COVID-19, climate change, Iran, and countering malign influences.”

While the call took place on Saturday, February 13, it was Monday before either Coveney or Blinken mentioned it on Twitter:

The “very warm” conversation comes less than a month after Coveney, speaking during an institute of International and European Affairs (IIEA) event on January 22, said: “While we had a good and respectful working relationship with the Trump administration, it was difficult to work with a country that is a friend when they have a very different approach on so many fundamental issues that are contrary to Irish foreign policy and, quite frankly, an Irish value system.

“I think what we're seeing now is an administration with a very, very different outlook on the world and how the US interacts with global politics.”

Coveney said that the new US administration is "already signaling that they want a much warmer transatlantic relationship."

He added: "I think we're in an entirely new space when it comes to policy direction from the world's greatest superpower.

"It is factually true that the approach of the Trump administration to foreign policy was one of effectively bilateral transaction-based politics, where if it was in the interests of the US, if it was America-first and consistent with that policy, then they proceeded with something. If it wasn’t, they didn’t.

“I think the Biden approach will be, in many ways, the opposite to that, to ensure that US influence is used to shape the world in a way that's good for the world and therefore, by extension, good for the most powerful and wealthiest country in the world, the United States."

You can watch Simon Coveney discuss the new Biden administration from 25:00 here:

While Taoiseach Micheál Martin was among the first of world leaders to congratulate Joe Biden in the wake of his presidential victory in November, the two have not spoken since Biden’s inauguration on January 20.

Heated debate as to whether or not the Taoiseach would, or should, visit Washington, DC for the traditional St. Patrick's Day events in March came to a head last week when Martin said he would go if invited. The following day, however, it was confirmed that plans for a virtual event are underway.