Taoiseach says he will go to the White House for St. Patrick's Day if invited 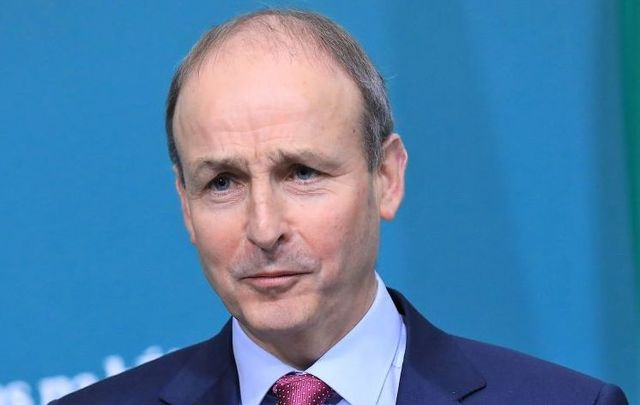 Taoiseach Micheál Martin has confirmed that he will go to the White House for St. Patrick's Day if President Joe Biden invites him.

Martin said that he has not yet received an official invitation to make the traditional visit to the US capital on March 17, but admitted that there was "ongoing engagement" between Irish and American officials over the issue.

The Taoiseach also said that he "would expect" to require a coronavirus vaccine before making the journey in March.

Martin said that it was important to maintain the annual tradition with the United States in spite of the coronavirus pandemic and he told RTÉ's Morning Ireland that the tradition would be honored even if he didn't make the trip to Washington.

"In some shape or form, we are going to honor it, as we always do on St Patrick’s Day. The economic relationship is key. There are a whole range of issues in terms of the undocumented Irish in the United States.

"We’d also like, with the new administration, to develop new areas of cooperation in terms of helping developing countries," Martin told Morning Ireland.

The Taoiseach separately told Newstalk Radio on Thursday: "Both administrations, the President and I, are very keen to cement the Irish relationship, to strengthen it during the term of an Irish American president of the quality of Joe Biden.

"We will do this in the optimal way. We will mark St. Patrick's Day as we always do," Martin said, adding, "officials are working on how best to mark St. Patrick's Day if it was agreed and if an invite was to arrive that I was to travel to Washington, I think vaccination would be the wise move in that sense."

He added: "My view on that is that I believe, in respect to the roles of An Taoiseach, this is a very important occasion.

"Most countries would appreciate the opportunity to meet the President of the United States. Ireland has that unique opportunity every Patrick's Day.

"There are important issues on the economic front. There are quite a number of Irish Americans in his administration that we could develop partnerships on a number of fronts across the board and I would be anxious to pursue those with the new administration."

Some opposition TDs, including Sinn Féin's Louise O'Reilly. have called on the Taoiseach not to travel to Washington this year as people are restricted to within 5km of their own home under Ireland's current restrictions.

"If I’m invited I will go to the United States. It would have to be worked out by both administrations," Martin said, noting that the teams involved would work within the scope of the health crisis.

He said that he was "relaxed" about the situation and said that St. Patrick's Day was a good opportunity for Ireland to develop a "very strong" relationship with the United States.

The sitting Irish Taoiseach traditionally travels to Washington for St. Patrick's Day and presents the incumbent US President with a bowl of shamrocks in a Waterford Crystal glass bowl.

The tradition has been in place since the 1950s and the Taoiseach has visited the White House every March since Bill Clinton's presidency. Last year, then Taoiseach Leo Varadkar was forced to cut his trip to Washington, DC short as the outbreak began to take hold globally.

Northern Irish leaders Arlene Foster and Michelle O'Neill have both confirmed that they will not be traveling to the White House this St. Patrick's Day.