Do you think the traditional St. Patrick's Day visit by the Taoiseach to Washington, DC should go ahead this year? 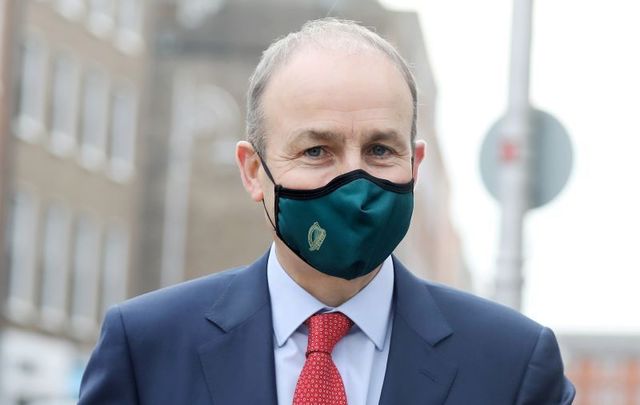 As St. Patrick’s Day 2021 draws nearer, and travel restrictions remain in place around the world, many have begun to wonder if Taoiseach Micheál Martin should travel to Washington, DC for the annual St. Patrick’s Day festivities. 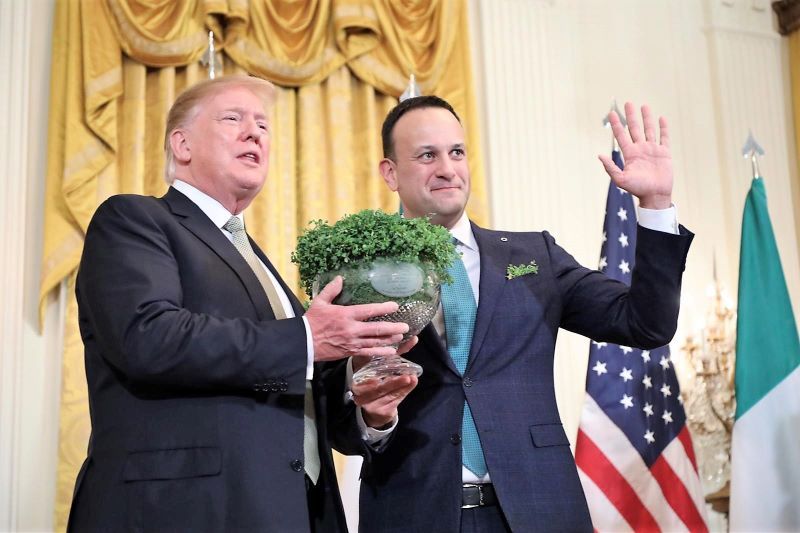 Then Taoiseach Leo Varadkar presented then President Donald Trump with a bowl of shamrock in 2018. (RollingNews.ie)

Taoiseach Micheál Martin has yet to confirm whether or not he will go to Washington, DC for St. Patrick's Day this year, nor has the Biden - Harris administration publicly extended an invite for him to come.

In September, Martin said he would be keen to make the trip in order to continue "connecting on behalf of Ireland." In January, he said that the virus will dictate the course of the annual visit.

Upon taking office, US President Joe Biden has made it clear that the health crisis is among his primary concerns, so scrapping, or at least scaling back on, any St. Patrick’s Day events would not be surprising. His inauguration events on January 20 were comparatively subdued to those in years past and largely virtual.

However, throughout his presidential campaign, and even during his time as Senator and Vice President, Biden frequently touted his Irish roots, which can be traced back to Co Mayo and Co Louth. He may be keen to again tout them during his first official St. Patrick’s Day as Commander in Chief. 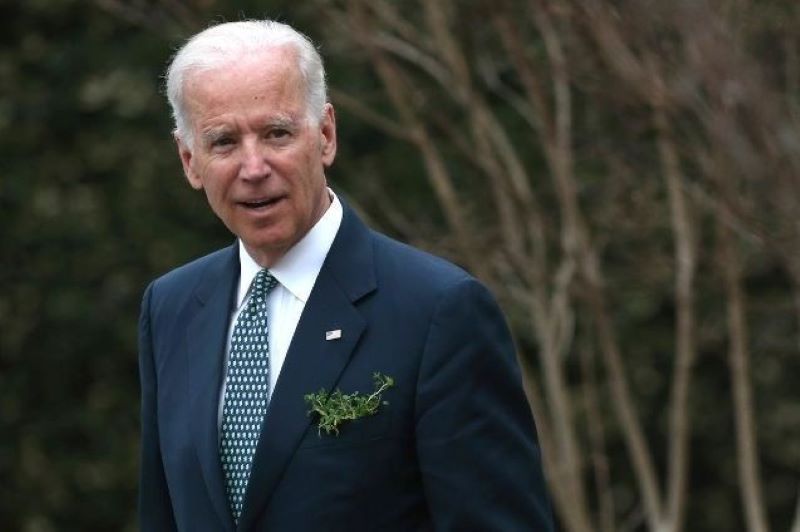 Then Vice President Joe Biden ahead of his St. Patrick's Day meeting with then Taoiseach Enda Kenny in 2014. (Getty Images)

In a proclamation on January 26, the White House moved "to restrict and suspend the entry into the United States" for noncitizens who were arriving from the Republic of Ireland, as well as other international locations including most of Europe. This is a continuation of restrictions that were put in place during the Trump administration in March 2020.

However, included amongst the exemptions to the proclamation are people traveling under the A-1 visa, which is reserved for heads of state or government, such as the Taoiseach.

In the Republic of Ireland, Level 5 restrictions are set to remain in place until at least March 5, 12 days before St. Patrick's Day. (Taoiseach Micheál Martin, however, has said "I do not see a major reopening on the fifth of March.") A major component of Level 5 is a restriction on all non-essential travel. From February 1, people attempting to travel abroad from the Republic of Ireland without an essential reason are subject to a €500 fine.

The meeting between Martin and Biden could very well be deemed essential, especially as Irish politicians have frequently traveled to and from Brussels for EU engagements throughout the pandemic.

Further, Irish politicians in recent weeks have noted that few to no other countries enjoy such access to the US President as the Irish do for St. Patrick's Day and the opportunity should not be wasted.

On Monday, Simon Coveney, Ireland's Minister for Foreign Affairs, told Newstalk: “My personal view is that the Taoiseach should, of course, go to Washington and I think that can be managed in a way that is safe.

“I think the access and influence Ireland has in Washington is something that is an extraordinary privilege.”

Coveney went on to note that stringent testing procedures would be put in place.

So, what do you think? Should Taoiseach Micheál Martin travel to Washington, DC to meet with President Joe Biden for St. Patrick’s Day this year if the invite is extended?