Micheál Martin says irrespective of who the Taoiseach is, the annual St. Patrick's Day visit to The White House is "a significant one for Ireland." 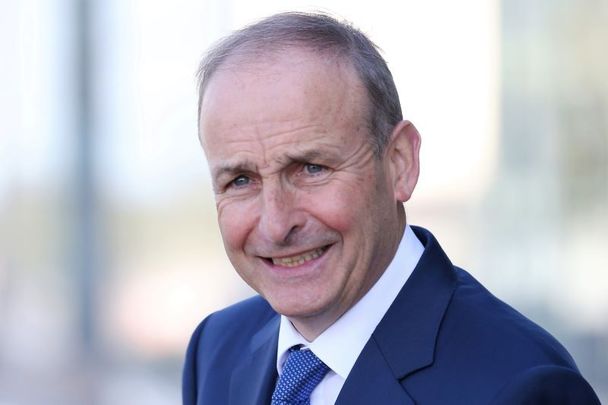 Taoiseach Micheál Martin has announced that he still intends to travel to the White House on St. Patrick's Day next year "dependent on COVID."

Martin told TheJournal.ie that the St. Patrick's Day tradition is an important one for Ireland and one that should be maintained, irrespective of who is Taoiseach.

The Taoiseach said that the traditional meetings between Irish and American politicians at the White House and Capitol Hill on St. Patrick's Day help to create jobs and important connections between Ireland and America.

"I think it is very important," Martin said about the annual visit. "All of that [meetings at the White House and Capitol Hill] creates a framework within which jobs can be created, which within Irish business can operate, in terms of exporting and importing."

He added: “It’s very, very important that we maintain that link, and that tradition, and obviously, it’s all very dependent on Covid, and everything else at the time next March. But we’re very keen as a government that key economic linkages are maintained.”

Martin noted: “The connection and the Patrick’s Day event is a significant one for Ireland, not the occupant of the office in terms of the Taoiseach.”

"Likewise politically as well, irrespective of who is Taoiseach, we do need to be out there connecting on behalf of Ireland," he added.

The Taoiseach said that any visit to the White House next year would be entirely dependent on how both nations were dealing with the COVID-19 pandemic.

He said that next year's visit will be particularly important due to Brexit. Next year's visit, if it takes place, will occur almost immediately after the UK officially leaves the European Union.

He also hopes that other Government ministers will be able to visit European countries next year to maintain economic links closer to home. 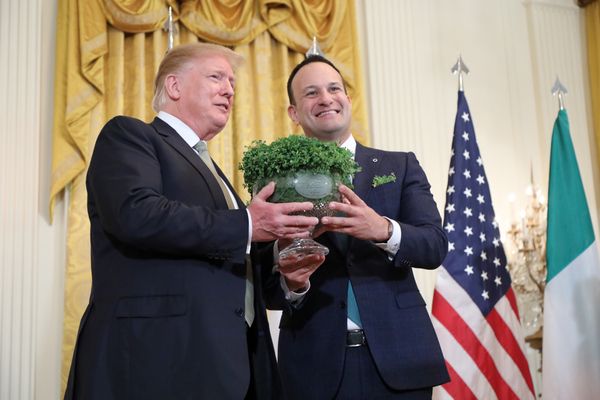 Leo Varadkar presents Donald Trump with a bowl of shamrocks in 2018. Rolling News

The annual tradition of the sitting Taoiseach visiting the White House on St. Patrick's Day and presenting the US President with a bowl of shamrocks first took place in 1956 when John A. Costello met President Dwight Eisenhower.

It only became an annual tradition during the Reagan presidency of the 1980s and, every year since then, the Taoiseach of the day has presented the US President with shamrocks in an ornate Waterford Crystal bowl.

Varadkar addressed the nation from Washington, announcing the first COVID-19 restrictions from the US capital on March 12.