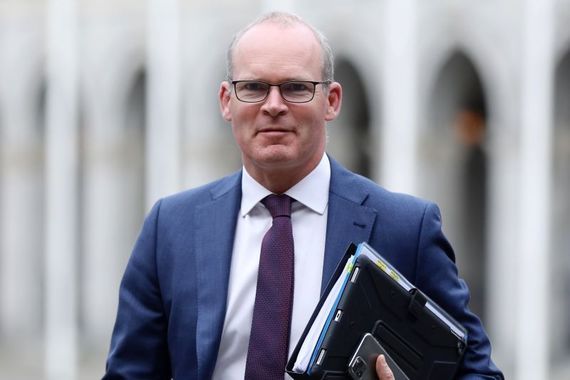 Ireland's Foreign Affairs Minister Simon Coveney has claimed that US President-elect Joe Biden can help restore transatlantic relations with Ireland and other countries in Europe once he is inaugurated in January.

Speaking to MSNBC, Coveney said that European countries were looking forward to a relationship with the US-based on partnership and friendship, rather than one based on friction as seen under the Trump presidency.

"I think we're looking at an era where the US is back and speaking the kind of language that so many countries want to hear coming from Washington," Coveney told MSNBC.

Coveney said that he was speaking as both a foreign minister and as someone who wanted a close relationship with the United States when he said that the US needed to show the type of leadership the world needs at present.

He said that the United States played a key role in protecting democracy and human rights around the world and that it can set an example for countries like Ireland to "row in behind".

Coveney told MSNBC that he believed that current President Donald Trump's "America First" policy had been abrasive and that America had been using its status as a global superpower in a fractious way, damaging relations between the US and Europe.

The Irish Foreign Minister said that he was looking forward to a much warmer and friendlier relationship with America as soon as Joe Biden assumes office.

Trump set forth his America First policy during his 2016 presidential campaign and repeated the phrase at his inauguration in a promise to "Make America Great Again".

The President has cut US funding to the WHO and withdrawn America from the Paris Climate Accord in his bid to promote American interests, which has also seen a deterioration in the relationship between the US and Germany.

In the short-term, Irish politicians hope Biden can rejoin the Paris Climate Accord and restore funding to the WHO, according to MSNBC.