Taoiseach will reportedly not travel to Washington, DC for St. Patrick’s Day

A program of "virtual events" is reportedly being explored for the annual St. Patrick's Day meeting between the US President and Taoiseach. 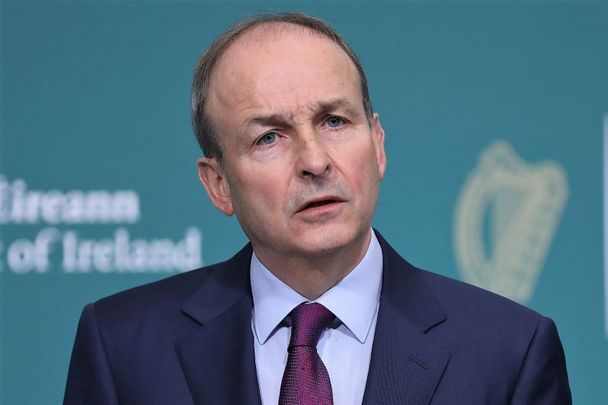 Taoiseach Micheál Martin is expected to meet virtually with President Joe Biden for St. Patrick’s Day this year, according to reports emerging this afternoon.

“Irish and US officials are in ongoing contact about the arrangements for the traditional marking of St Patrick’s Day and the close Ireland-US relations,” an Irish government spokesperson told The Irish Times on Friday.

The spokesperson said that arrangements "will take full account" of the current public health challenges, "and we expect that on this occasion the tradition will be upheld via a programme of virtual events.”

The news comes less than a day after the Taoiseach said he would, indeed, travel to the US for St. Patrick's Day if he were to be invited.

Despite saying he would travel if invited, White House Press Secretary Jen Psaki, who noted she has "a special place in my heart for the Irish," said later in the day on Thursday that "there has not been public events here" when asked if the administration plans to issue such an invitation.

She added: "I’m happy to check with our team on that if there’s any change as it relates to a traditional event that happens in March."

On Friday, speaking during a visit to a new vaccination center at Cork City Hall, the Taoiseach said: “Officials from both administrations have been engaging in terms of what is the optimum way of doing that this year" in the context of public health challenges.

“I want to stress - that is my emphasis. That is the emphasis of the US administration as well because there are very strong economic dimensions to this as well - the undocumented in America that we constantly advocate for, developing partnerships with members of the Biden administration.”

The Taoiseach said he “would be fairly relaxed about the situation in terms of marking March 17th in that we are very conscious of the challenges facing the new administration."