Amidst one of the most extraordinary phases in British political history, Rishi Sunak is the best the Irish could have hoped for. 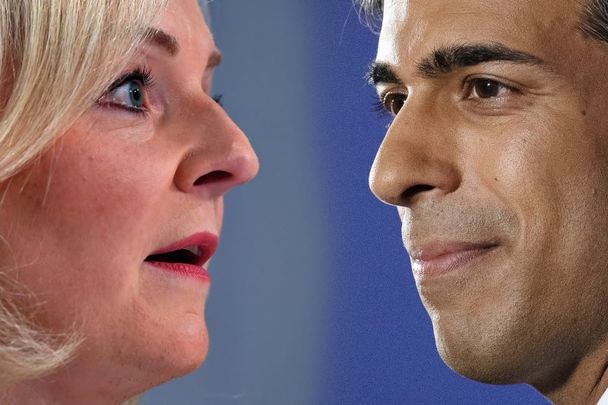 Was it a kind of dream? Have there really been five British prime ministers in six years?

Was one of those chosen as prime minister so incompetent that she lasted only 44 days?

Is there a future for the British Conservative Party?

All of the above is true, marking one of the most extraordinary phases in British political history.

The mother of all parliaments seemed on the verge of collapse as numerous factions battled for power and sought to impose their will.

The consternation among the British people was well summed up by the new king, Charles III, when he greeted the second last prime minister, Liz Truss, with the immortal words, “Back again? Dear, oh dear.”

Contrast the infighting and knife-wielding with the recent death of Charles’ mother, Queen Elizabeth II, the memory of whom had barely faded when the massive upheaval began in British politics.

There is now a new prime minister, Rishi Sunak, the first ever of Asian descent. Sunak has been compared, by some of the British media, to Barack Obama.

It is not a reasonable comparison. Nobody other than members of his own party helped to elect Sunak, while Obama won two terms in office with the votes of millions of American citizens standing behind him.

The sheer affrontery of former British prime minister Boris Johnson, who launched a comeback bid when Truss was forced to resign last week, was incredible to witness.

Not enough to have left office in disgrace after breaking Covid-19 rules he himself imposed, Johnson was on the verge of creating what may well have been a fatal split among the Tories if he had run again.

In the end, the Conservative Party finally realized it was marching off a cliff, and Johnson’s candidacy petered out.

From Ireland’s point of view, the return of Johnson would have been disastrous. He, like many other Tories on the right, appeared to believe in some kind of magical thinking, that issues like Brexit and the Protocol question would somehow be mysteriously solved by forces unknown.

Sunak is the best the Irish could have hoped for. He did not take part in any of the magical thinking, and indeed was the leader who stood up to Truss when she formulated her loony economic plans.

So there is hope that a normal, practical politician – and clearly a very talented one, becoming prime minister at such a young age – can address the Brexit Protocol in a much more thorough and positive way.

Sunak will be aware that a battle with the European Union over the Protocol would occupy much valuable time and energy at a moment when he is desperate to solve the huge problems plaguing the British economy. The Irish government will be looking to Sunak to move quickly on the Protocol question.

The initial soundings from Britain appear positive that Sunak will formulate a plan for the economy that will finally make sense as a harsh winter approaches.

Sunak’s rise to the top job also means that a split in the hard right faction in British politics, also known as the European Research Group, may finally end its malign influence. Like the Freedom Caucus in American politics, they were a strong force within the Conservative Party, utterly resistant to anything but a complete Brexit.

The good news for Sunak is that they are now hopelessly split, and the new British leader may finally have the opportunity to govern in a sensible and pragmatic way which none of his recent predecessors did.

*This editorial first appeared in the October 26 edition of the weekly Irish Voice newspaper, sister publication to IrishCentral.