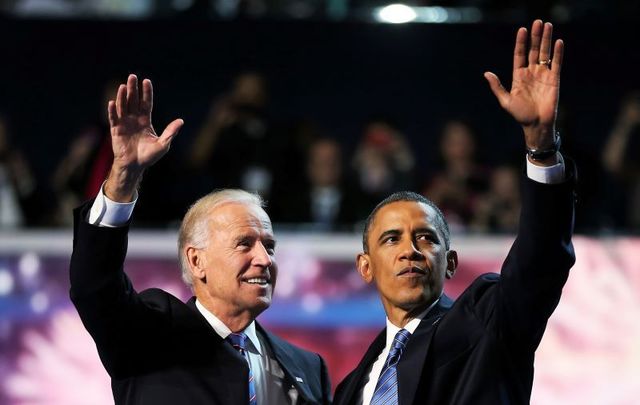 Joe Biden, the Democratic presidential nominee, has officially won more votes than any other presidential candidate in the history of the US.

Biden was Obama’s running mate in 2008 when the record was set.

The Biden campaign, who is remaining optimistic while urging patience as votes are still being counted in several states on November 4, was quick to share the news:

Here are the facts... pic.twitter.com/UgZ5bDqLU2

CBS News noted that “with millions of votes not yet counted,” it would be possible for both Biden and Trump to beat Obama’s record. Trump had 66,706,923 votes according to CBS News at the time of its report.

Reuters reported just after 3 pm EST on Wednesday that Biden was maintaining a slim lead over Trump nationally, though neither candidate has yet reached the 270 electoral votes needed to be elected President. 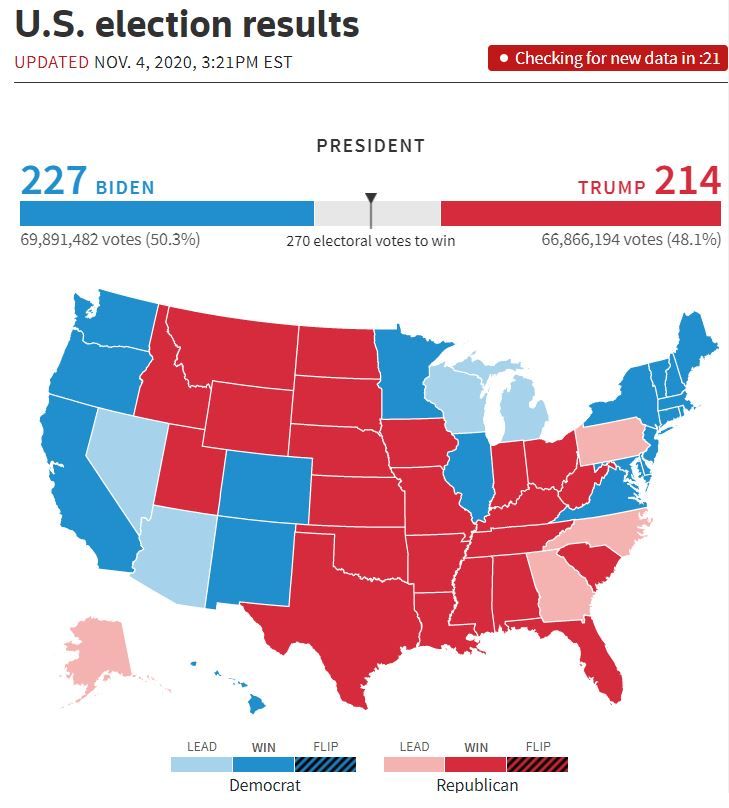 A screengrab of the Reuters live election tracker from 3:21 EST on November 4.

While Biden may be leading in the popular vote at the moment, that alone does not win the presidency in the US. Whichever candidate is the first to receive 270 electoral votes will be elected as the next President.

Elsewhere on Wednesday, the Trump campaign announced that it was mounting a lawsuit to halt the counting of votes in Michigan, claiming that they had been not been given “meaningful access”

Bill Stepien, Trump 2020 campaign manager, said in a statement: “As votes in Michigan continue to be counted, the presidential race in the state remains extremely tight as we always knew it would be.

“President Trump’s campaign has not been provided with meaningful access to numerous counting locations to observe the opening of ballots and the counting process, as guaranteed by Michigan law. We have filed suit today in the Michigan Court of Claims to halt counting until meaningful access has been granted.

“We also demand to review those ballots which were opened and counted while we did not have meaningful access. President Trump is committed to ensuring that all legal votes are counted in Michigan and everywhere else.”

The lawsuit comes the same day that Twitter placed a label that read "Some or all of the content shared in this Tweet is disputed and might be misleading about an election or other civic process" on three of the President's tweets, and one tweet from Matt Walsh that he shared:

We are up BIG, but they are trying to STEAL the Election. We will never let them do it. Votes cannot be cast after the Polls are closed!

Last night I was leading, often solidly, in many key States, in almost all instances Democrat run & controlled. Then, one by one, they started to magically disappear as surprise ballot dumps were counted. VERY STRANGE, and the “pollsters” got it completely & historically wrong!

They are working hard to make up 500,000 vote advantage in Pennsylvania disappear — ASAP. Likewise, Michigan and others!

In a live, televised address from The White House just after 2 am EST on November 4, not long after Joe Biden urged patience as votes were still being counted, President Trump claimed: "Millions and millions of people voted for us tonight, and a very sad group of people is trying to disenfranchise that group of people and we will not stand for it."

Trump continued: “We want a law to be used in a proper manner. We will be going to the US Supreme Court. We want all voting to stop. We don’t want them to find any ballots at 4:00 in the morning and add them to the list, okay?

The counting of votes continues in several states as of Wednesday afternoon.