Kerry bested Rangers 3-11 to 0-12 in the New York GAA's Junior A final played at Gaelic Park in the Bronx on October 24. 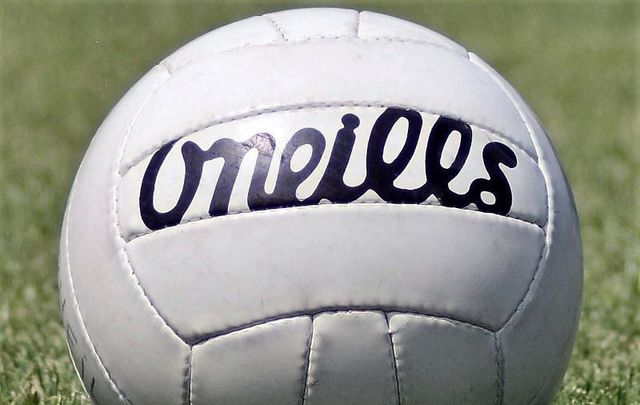 Kerry lived up to their billing as the top team in the New York GAA’s junior A ranks as they successfully saw off the challenge of a game but greatly outgunned young Rangers squad.

Kerry had an explosive start that was best exemplified by the powerful penetrating runs of David Culhane that ripped the Rangers’ defense asunder. He snapped up a kick out and sped through the middle for the opening score.

By the eighth minute, Kerry had 1-3 on the board. Niall Madine got his first point from a free after an incisive run by Keith Quinn was illegally impeded.

Then the goal came on five minutes. The culmination of a rapid sequence of passes was begun by Culhane at midfield, but the speedster was right up with the play to steer the ball to the net after Jack McCarthy’s shot was parried.

Madine pointed another free for another foul. The former Down player would go on to give a tour de force performance, illustrated by fine fetching, diligent defending, precision passing, and of course good scores.

Rangers eventually got into the swing of things when a nice sequence of passes involving Shay McElligott and Niall McKenna ended with their best player, Kevin Loane, opening their account. He quickly followed with another point from a free.

However, it was soon back to the Kerry script, and slack defending allowed Madine to grab a second goal, and it looked as if it would be followed by a third.  A timely interception set up Gary O’Driscoll for a major, but his blistering shot skimmed the crossbar for a minor.

Emmett Loughran, after a tortuous buildup, got Rangers’ third point just before the first water break. Rangers’ woes continued after refueling as a nice tandem movement between Quinn and O’Driscoll ended with the latter hitting his team’s third goal.

At the other end the young, skillful McElligott drew a foul, but the free came to naught before he split the posts with a fine solo effort.

Meanwhile, Madine was back to bolstering his stats as he pointed after calling a mark, and a minute later sent a 55-yard free over the bar. Donnacha O’Dwyer finished the scoring for the period with a fine long-range effort to leave the score at the short whistle, 3-6 to 0-5. A 10-point deficit, could they turn it around as St. Barnabas did in the senior final?

On resumption, Rangers were faced with two challenging and competing tasks -- namely how to contain or curtail Kerry’s marauders of Madine, Quinn, O’Driscoll and Culhane, and also to get badly needed scores against tough defenders Sheehan, Cronin, Callaghan, Redmond, McLoughlin and company.

They began by cutting out some of the Kerry routes, and landed two quick points courtesy of Loane and sub Sean O’Neill. However, Kerry hit back with two, Madine from a free, McCarthy thought he had one, but the referee thought otherwise, but there was no doubt about O’Driscoll’s.

Still entering the last quarter there were 10 points between the sides as Mike Ryan was unlucky with a goal effort. This was Rangers’ best period, as Loane, Brazil, Burke, O’Dwyer, McKenna, Corrigan, Graces and company threw caution to the wind as they hit four unanswered points courtesy of Loane (two), Burke, and Brazil.

However, Kerry was not finished, and they would have the last say. Then another penetrating run that bookended a great performance by captain Culhane set the stage for late points from Paul Nolan and Quinn as the Kingdom headed to the victor’s circle.

I’m sure presenting the Gotham Cup to the Kerry captain, Dave Culhane, was a very pleasant duty for New York GAA Chairperson Joan Henchy. Of course, the late John Riordan would be all smiles from the heavenly sidelines too. We miss you.

Hopefully, now Kerry move back to the senior division, their rightful place in the Big Apple’s sporting landscape.

Man of the Match: Niall Madine.

You can watch the New York Junior A Football Championship Final featuring Kerry and Rangers here, courtesy of the New York GAA: