Frank Brady with a round up of the past week's events in New York's Gaelic Park. 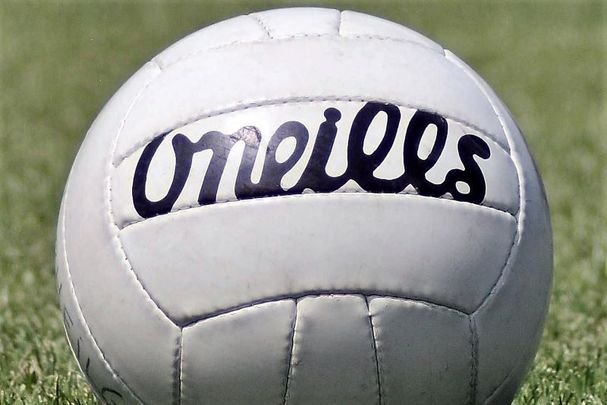 A round up of this week's New York GAA matches. Creative Commons

The two semifinals of the intermediate championship provided plenty of excitement, entertainment, and no small measure of anxiety for the respective supporters as the outcomes hung in the balance right down to the final whistle in both games.

In the first game, Mayo rebounded well from their shellacking of the previous week to battle Brooklyn. Though Brooklyn opened the scoring with a pointed free from keeper Cunningham, Mayo dominated the first quarter to put four unanswered points on the board. James Maughan led the way with a good assist from Ray Holian, and the wing-back acted as supplier for Shane Slattery’s first score. The third point evolved from an improper kickout as Ollie McLean was on hand to knock over the thrown up ball. The vigilant referee spotted grappling off the ball, and thus the scene was set for another Slattery pointed free.

After rehydration, Mayo should have been further ahead as Tom Conway blasted the chance wide after Dave Hansbury supplied a good pass. The let-off seemed to rally Brooklyn as Andrew McGowan and Kevin Connolly shot over points. The exchanges were also becoming more intense, thus compelling the referee to brandish disciplinary cards. He would eventually brandish four yellows, one black and a red, though one player was lucky not to get a red for a rather forceful extension of his neck muscles. The sides were soon level after Connolly pointed after a patient build-up. Mayo went back in front courtesy of a powerful kick from Hansbury, but parity was quickly restored when Leigh Jonespointed for a free for a foul on Connolly.

Conway had the last score of the half to leave Mayo ahead by 0-6 to 0-5 at the short whistle. Mayo edged further ahead with another Slattery free after Conway was fouled. Shane Gillespie, who was relatively quiet till then, struck a superb point from close to the sideline. Mayo was still in the driving seat as a defense splitting run by Pa Glynn set up Shane McNeilis for a point. Then the ball was delivered quickly to the other end for Gillespie to get his second point. Brooklyn looked set for a goal as a nice three-man move ended with Kevin Meehan shooting from close range, but keeper Tinney saved brilliantly. However, they soon had a goal as Connolly and Gillespie capitalized on a defensive snafu to set the stage for Jones to bury the ball in the net and grab the lead at the end of the third quarter. For the next score, the two Connollys combined well. Conor executed an interception and then carried the ball forward to enable his namesake to split the posts.

Brooklyn now looked to be coasting as fullback David Ladgan sauntered up the field to score. However, they were soon knocked from their comfort zone as substitute Pat Murray, a former NFL kicker, blasted a powerful shot to the net to leave just a point between the sides with three minutes left on the clock. Mayo badly needed a score but Brooklyn did a masterful job of keeping them out of the scoring zone while simultaneously running down the clock. Man of the match Shane Boyle capped off a fine performance with a late point as his team booked their spot in the final on Saturday evening.

Man of the Match: Shane Boyle.

Westmeath got off to a terrific start in this intermediate semi-final as they had 1-3 on the board after 10minutes. Jayson Kelly opened the scoring with a point before Dalton McDonagh forced a great save from keeper Pauric Looney. However, in the ensuing goalmouth scramble, the referee awarded a penalty which was duly dispatched to the net by Phelim Flanagan The lead ballooned to six as McDonagh and McDermott slotted over points.

Then for the last five minutes of the quarter Manhattan hit a glorious spell. Gearoid Looney started the scoring spree and Evan Courtney followed with another point. The first goal came after Damien McCaughey intercepted a short kick and burst through to rattle the net. The second goal came from a penalty after a player was impeded in the act of shooting to leave Manhattan leading by 2-2 to 1-3 at the first water break. Flanagan pointed another free for Westmeath but Manhattan were doing well in the middle with some high fielding and also picking up the breaking ball. McCaughey chipped over another point to capitalize on a movement involving Jack Kiernan and John Collins. McCaughey was also the origin of the next score as he set up Courtney.

Westmeath went to the bench and sprung Darren Moore, Sean Loughlin, and number 21, and the changes had an immediate effect. Manhattan no longer had a monopoly in the middle, and they finished the period strongly to put three consecutive points on the board. Moore had the first and McDermott had the brace to leave the teams level at the short whistle, 2-4 to 1-7. The exchanges and scoring were well balanced on resumption. Moore and Courtney swapped points, as did Shay Grimley and McDermott. Moore pushed his team ahead after McDermott did the preparatory work, but not for long as Grimley was fouled in fielding a high ball. Sharpshooter Courtney sent the resultant free over the bar, while a gem of a point from an acute angle by McDermott sent his team in leading by a point at the last water break. Number 24 put Westmeath back in front before the decisive and deciding score of the game arrived. McDermott gained possession out on the right-wing after a cross-field pass from Sean Moore and he resolutely rode several robust tackles before unleashing a powerful shot to the net. This certainly was the goal of the season.

Manhattan battled back, but sterling defense by Butler, Scally, Dunne, Monaghan, and company ensured that there would be no easy passage to goal, and the best Manhattan could do was a brace of points from Courtney. The final of the intermediate championship is on Saturday between Westmeath and Brooklyn at 7 p.m.

In the interest of accurate reporting and broadcasting, would the team managers please ensure that the players are properly numbered and positioned on the team sheets. It’s great to have Seamus Smith, the voice of Gaelic Park, back announcing the games.

This clash cleared the way for the final of the NewYork senior football championship next Sunday when Barnabas will take on defending champions Sligo. Barnabas threw down a marker early as they had 1-3 on the board at the first water break courtesy of a goal from Tiernan Mathers, and points from Mikey Brosnan (two) and Francis Cole, while holding Rangers to a Willie Brazil point. Barnabas continued to control the game for the rest of the first half as they went in leading by 1-7 to 0-2 at the intermission. Little changed in the second half as various combinations of the Mathers, Rafferty, Hogan, and Cole brothers kept Barnabas going in the right direction. Though Rangers were struggling to stay in touch, they never produced the form that troubled Sligo earlier in the week. Still, Breen, Loane, Twomey, Brazil, Power, Courtney, Homan and company battled away to the final whistle.

St. Barnabas vs. Sligo is certainly an unusual pairing as this is the first time that an all American-born team, St. Barnabas, contests a New York senior final. It promises to be an intriguing encounter on Sunday at 2:30 p.m. Sligo won the first meeting by two points, with Peter Cooke being named Man of the Match. The big Galway midfielder has not played since then so there may be questions about his availability. St. Barnabas won the second by six two weeks ago and Dylan McDermott was named Man of Match. Could history be in the making here? It’s the old order vs. the new.