How 9/11 led one photographer to Gaelic football

John Ziomek tells The Hut in the Bog podcast how witnessing and photographing 9/11 led him halfway around the world to discover Gaelic football. 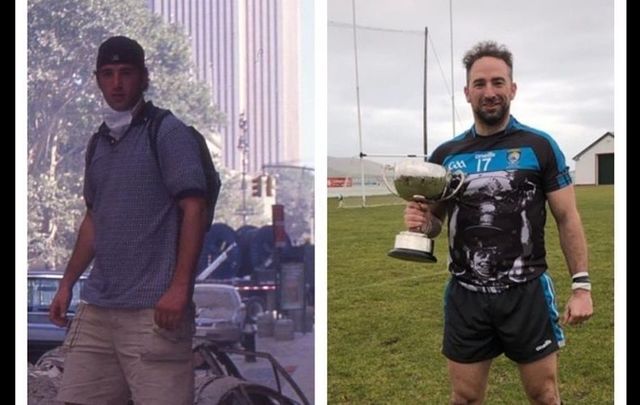 Then and now - John Ziomek tells the Hut in the Bog podcast about his journey from 9/11 to Gaelic football. John Ziomek

In the September 11, 2020 episode of The Hut Near The Bog Podcast, John Ziomek describes his experience of this tragic event, and how through a twist of faith, it brought him to Gaelic football.

On September 07, 2001, Johnny Ziomek, a New Jersey-based celebrity photographer, had finally caught what he thought was his big break.

After sneaking into the MTV music awards at the Lincoln Center, he had a chance encounter with a girl called Kirsta, a former Big Brother contestant. After using his phone, she invited him to accompany her to Jennifer Lopez's after-party. The holy grail had just fallen at Ziomek's feet! Later that night, he arrived at the party with Krista and got exclusive shots of some of the biggest names in show business. In one night, he had potentially made three times as much as the entire year leading up to that date.

The next morning Ziomek met with representatives of People Magazine who agreed to take fifty of his photographs. All he had to do now was wait a few days for them to come back with the numbers and the dollars would come rolling in!

A few nights later, on September 10, he found himself once again snapping celebrities not far from the World Trade Center. That night, he slept in a friend's house in New Jersey dreaming of buying his first home and being debt-free.

At 9 am the next morning, Ziomek was awoken by his friend. Something was not right. They turned on the TV and watched in horror as the second plane hit one of the Twin Towers. After taking some time to take it in, Ziomek knew what he needed to do. He threw his bike in the trunk of his car and headed toward the city. When he could not get any further by driving he pulled out his bike and rode the rest of the way in. 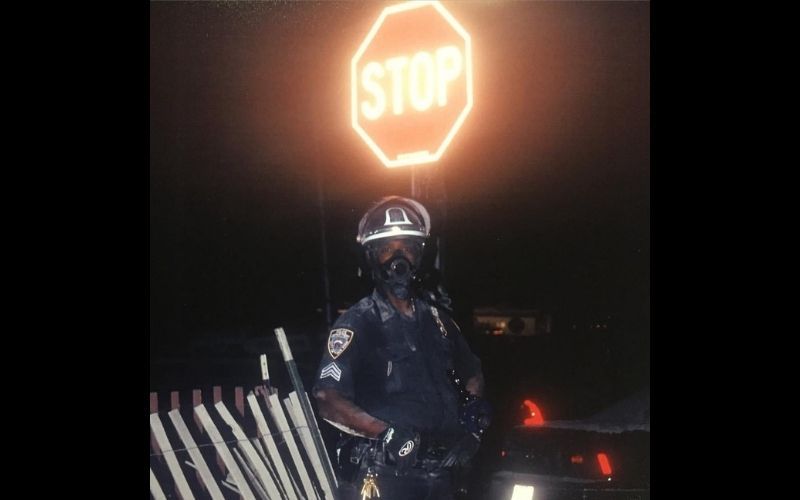 An NYPD officer near the Ground Zero. (John Ziomek)

Approaching Ground Zero was perhaps one of the most surreal experiences of Ziomek's life. As he explains to Dr. James Hoctor in The Hut Near The Bog Podcast: "if someone had blindfolded and transported me to a place, took off the blindfold, and said 'Guess where you are?' I would have said: 'Beirut? Mogadishu?' The city was in ruins." 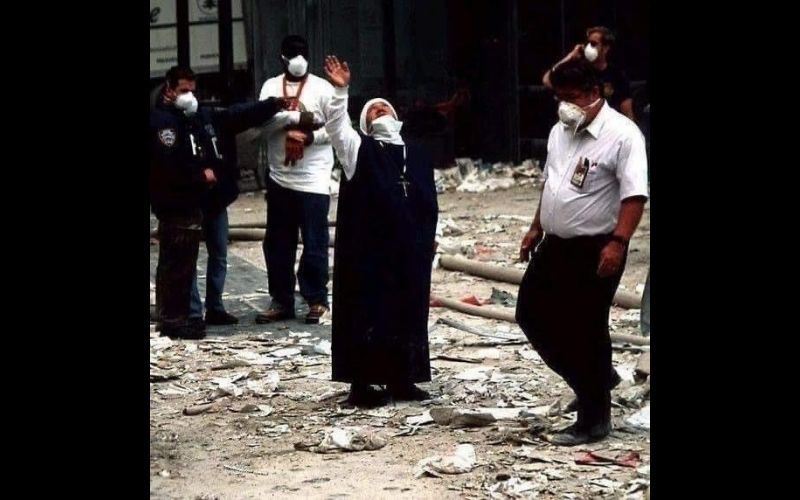 He tried to volunteer, but they had too many. He offered to give blood at several local hospitals, but they had too much. "Damn it," he thought. "If I can't help, I'll document it so the world will never forget!" He pulled out his camera and began to shoot. That night he stayed in the Chelsea Hotel in the room of his agent. The next morning - after again having his offers of help turned down - he returned to documenting the event. 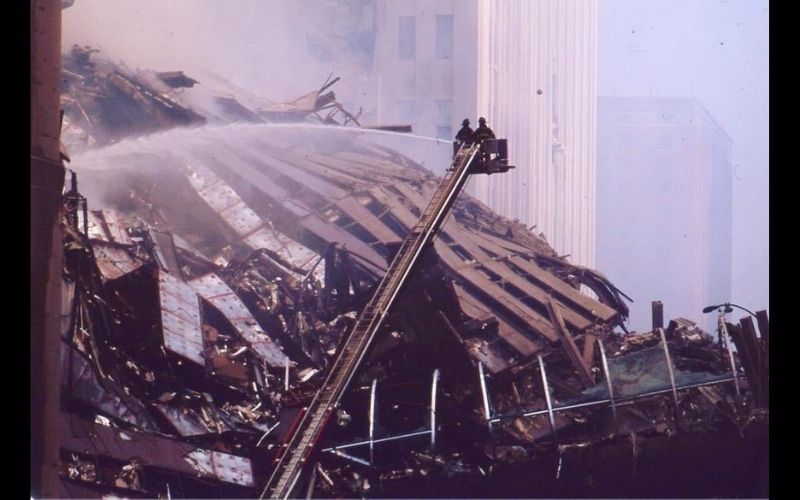 Firefighters tending to the scene at Ground Zero. (John Ziomek)

Read More: The Irish pub that became home base for Ground Zero workers after 9/11

Like many Americans, 9/11 would have profound implications for Ziomek's life. The photos he had scooped at Jenifer Lopez's party were now worthless. He was back to square one. 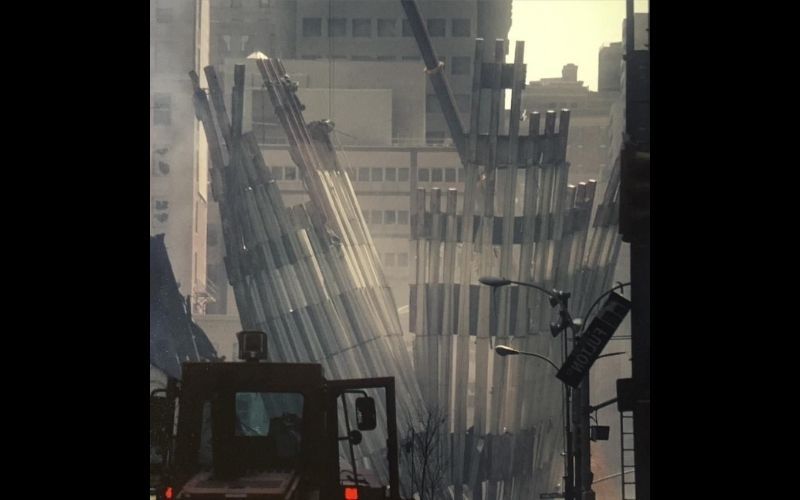 The ruins of the World Trade Center in New York City. (John Ziome

Ziomek had formerly worked as a teacher, and as luck would have it, he had an offer of a well-paid teaching post in South Korea. He took the offer and headed off to South Korea with thirty-five dollars in his pocket. 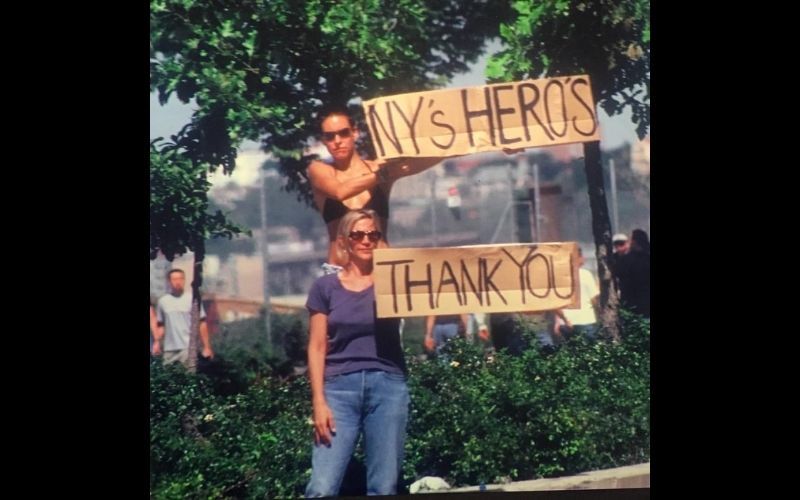 While playing soccer there, he met some Irish guys who had just set up a Gaelic football club and were traveling to participate in the Asian GAA Games in Thailand. They invited Ziomek to come join them and since then, the GAA and Gaelic football have been an integral part of Johnny's life. 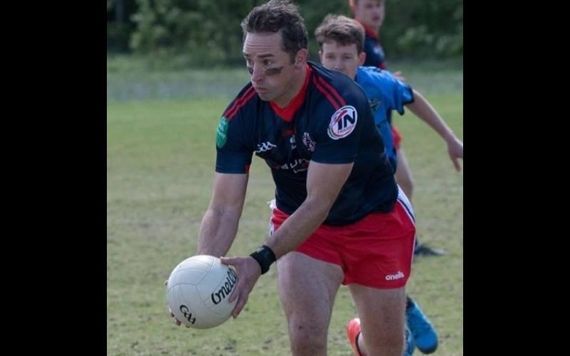 He met his wife Kelly - a former Rose of Tralee contestant and Austin Celtic Cowboys player - through playing Gaelic football. He has traveled all around the world participating in tournaments. 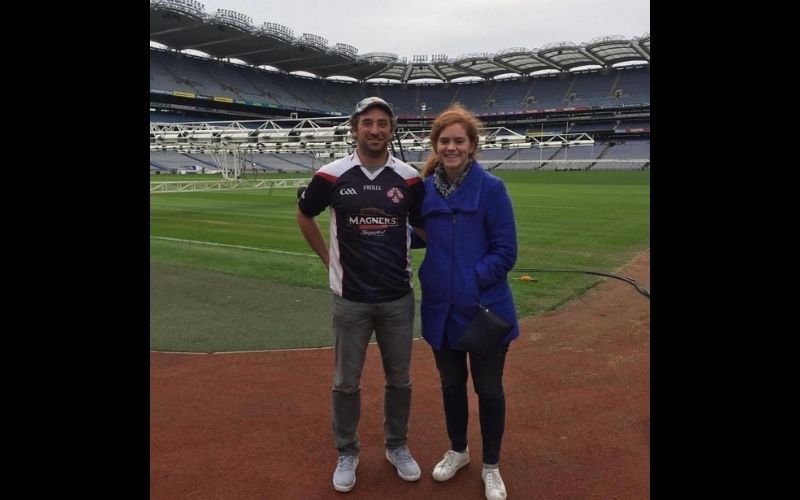 He has given back too. In 2011, he founded what is now one of four thriving GAA clubs in Texas - The Houston Gaels.

As he explains in the podcast, "this is the wildness of life, the beauty of life. [9/11] took me to Gaelic football, one of the biggest things of my life."

John Ziomek's episode of "The Hut in the Bog Podcast" will be available from September 11, 2020, on Spotify, Apple Podcasts, Google Podcasts, or wherever you get your podcasts!