Endorsing Congressman Joe Kennedy for US Senate in Massachusetts

Congressman Joe Kennedy would be a powerful voice on issues such as Brexit and Irish unification if elected to the US Senate. 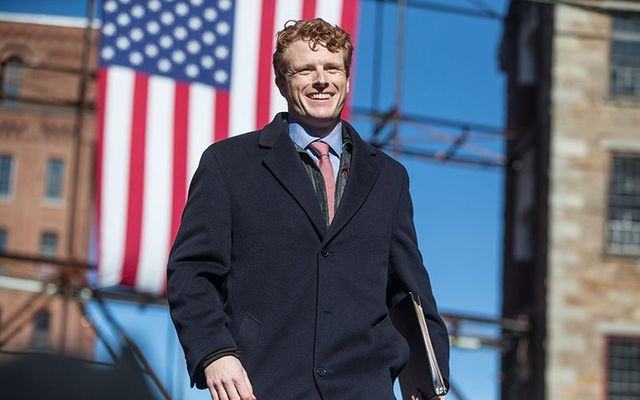 In the race for the Democratic nomination for US Senate in Massachusetts, the Irish Voice strongly endorses Congressman Joe Kennedy, a true friend of Ireland and Irish America.

It is a tight race with much on the line, not least the need for strong American support for the Irish government and Irish America on key issues.

Congressman Joe Kennedy's opponent, incumbent Ed Markey, despite his Irish heritage, has rarely if ever shown the slightest interest in issues such as American involvement in the Irish peace process and immigration reform, which impacts undocumented Irish among others.

It is a curious omission, at a time when the great Irish leaders of the recent past such as Edward Kennedy, Chris Dodd, Daniel Patrick Moynihan have departed the scene leaving a vacuum.

Indeed the most active senator at present is Chuck Schumer from New York, of Jewish heritage, who could do with a dynamic voice like that of Joe Kennedy beside him on this issue.

It is time, especially with huge issues such as Irish unification and a border poll as promised in the Good Friday Agreement on the table, not to mention Brexit.

Kennedy has been very active on both fronts and has held discussions with the Irish and Northern Irish leaders during visits to Ireland. He is a frequent visitor to Ireland and has taken many briefings on the topic.

In an interview last week with the Irish Voice, he also vowed to rally support for the Irish position on Brexit in the critical negotiations yet to come involving the two countries. He clearly stated he would be honored to carry the torch on Irish issues in the US Senate at a time when a young dynamic voice is badly needed.

Kennedy comes, of course, from a very proud tradition of fighting for the underdog. His own father, Congressman Joe Kennedy, and grand-uncle Edward Kennedy were both leaders on Irish issues in the House and Senate. His father, in 1988, memorably facing down a British Army patrol keen to interrogate him during a visit to Northern Ireland.

As reported back then by United Press International, “One soldier shouted at him 'to go back to your own country.”

"'Why don't you go back to yours,' Kennedy responded."

As for Edward Kennedy, it is highly doubtful there would have been a peace process without him. President Bill Clinton was heavily influenced by his advice, especially on such huge issues as a US visa for Gerry  Adams, in 1994,  which was a vital component of the August 1994 Irish Republican Army (IRA) ceasefire that led directly to the Good Friday Agreement.

Massachusetts has the largest Irish population per head of any state in the union and has always been a great Irish political state.

It can be so again with Joe Kennedy in the senate and the interests of Ireland and Irish America looked out for. We wholeheartedly endorse Joe Kennedy for US Senate.

With historic negotiations on Brexit and a border poll to come we need that presence more than ever before.

Frankly, Senator Markey does not cut it and Joe Kennedy does. It is as simple as that.