Jean Kennedy Smith passed away on June 17, 2020 at the age of 92. Here, we look at the touching tribute paid by her brother, the late Senator Ted Kennedy, to his sister Jean in his memoir "True Compass." 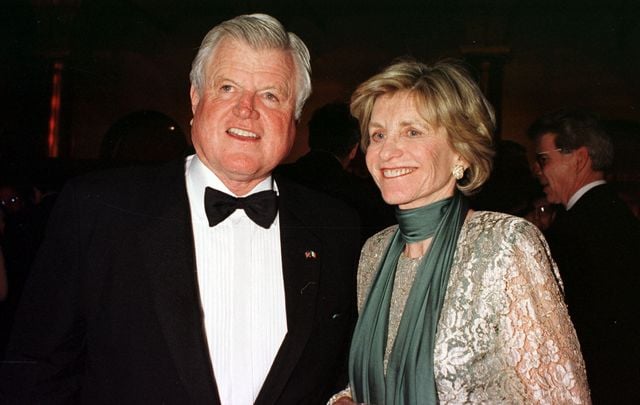 The late Senator Ted Kennedy and his sister who has just passed away, Jean Kennedy Smith. RollingNews.ie

One of the most touching parts of the Ted Kennedy memoir "True Compass" are his words about his sister Jean Kennedy Smith, who has sadly passed away.

Editor's note: On Wednesday, June 18, Jean Kennedy Smith, passed away, aged 92. The last surviving sibling of JFK, Robert, and Edward Kennedy, Jean served as the United States ambassador to Ireland during the 1990s. Below are extracts from her brother, the late Senator Edward Kennedy's book in praise of Jean's work supporting the peace process in Northern Ireland.

“My sister Jean and I have always had a special relationship,” Kennedy writes.

“We are closest of all in age of all my siblings. When we were growing up she was my partner at the small table in the dining room for more years than she would have liked, and she was my companion during the winter school terms in Palm Beach.

“In later years we spent much time together. I was extraordinarily close to her husband Steve as well, and we all took vacations together.”

Not surprising then that Jean was the most influential voice in the decision for Kennedy to pursue the visa for Sinn Féin leader Gerry Adams which he lays out at great length in his book.

As Kennedy notes, “At my suggestion President Clinton appointed Jean ambassador to Ireland not long after taking office. One of Jean’s first and most significant accomplishments was to persuade me to support the issuance of the U.S. visa for Gerry Adams.”

Kennedy notes that “Jean was convinced that Adams no longer believed that continuing the armed struggle was the way to achieve the IRA’s objective of a united Ireland.”

Kennedy recounts how he and his wife Vicki visited Jean at the Dublin Embassy during Christmas 1993.

“It took only a couple of hour’s conversation with Jean after we landed to discover what was the most important thing on her mind -- the opportunity for a breakthrough in the Northern Ireland stalemate which she believed depended on a visa for Gerry Adams,” Kennedy writes.

It did indeed. Jean’s role in bringing peace to Ireland has been memorialized in the book by her brother -- and deservedly so.