Mid Ulster MP Francie Molloy said his comments were made in criticism of Taoiseach Micheál Martin’s statement that he would not push for a border poll. 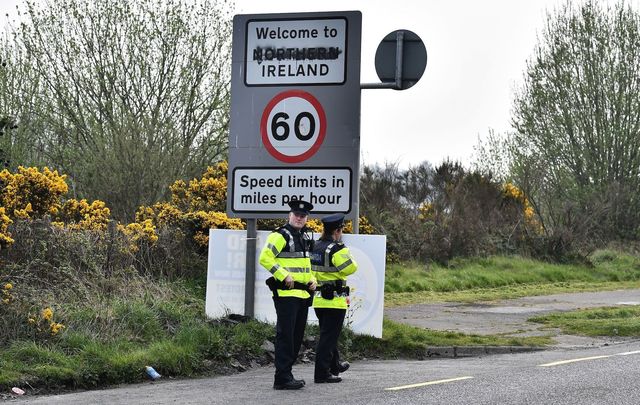 The Northern Ireland border with the Republic. Getty Images

Veteran Sinn Féin politician Francie Molloy has been accused of playing into the hands of dissident republicans after remarking that voters were “sold a pup” with the Good Friday Agreement.

Mid Ulster MP MP Francie Molloy, who represents the same constituency as Michelle O'Neill, the vice president of Sinn Fein and the Deputy First Minister of Northern Ireland, is standing by his Twitter comments despite receiving criticism.

Molloy, who has since told The Irish News that he fully supports the 1998 accord, says his comments were made in criticism of Taoiseach Micheál Martin’s statement that he would not push for a border poll.

Molloy, who is an absentee at Westminster in line with his party’s policy, had tweeted in response to a BBC interview in which Martin said he would not be “putting pressure” on British Prime Minister Boris Johnson to set out the criteria for a referendum on a united Ireland.

Martin said the Good Friday Agreement “dealt with the constitutional status of Northern Ireland in my view for a considerable time.”  There was a responsibility prior to triggering a border poll to do some basic work.

Molloy’s tweeted response read, “We were sold a pup with the GFA...no commitment from either Dublin or London to deliver for nationalists or republicans, it was just a bluff.”

We were sold a pup with the GFA no commitment from either Dublin or London to deliver for Nationalists or Republicans it was just a bluff. https://t.co/nyHfE7asnO

Colum Eastwood, leader of the SDLP, described what he called the “anti-agreement rhetoric” as “deeply worrying.”

Ex-Labour senator and former SDLP councilor Máiría Cahill branded it a “staggering tweet from an MP who is close enough to the deputy first minister.”

Molloy later told The Irish News it was a "let down" that people were "finding ways of not implementing" the Good Friday Agreement.

"The Dublin government and the British government have to a large extent ignored the content of it," he said.

"These people make agreements but before the ink is dry they have already dismissed it. It brings into any agreement you make with the British government, and any guarantee with the Irish government, that it's not worth the paper it's written on."

He rejected that his tweeted comments could be exploited by dissidents, saying: "I don't see it in that way whatsoever.

"The agreement is made, and the commitment to that there is a political way forward.

"I am not in any way advocating that there is an alternative. I want to see politics work."

Molloy added: "Twenty years on we actually need to look at the Good Friday Agreement and see a commitment from the British government to a full implementation of it in all its aspects, and one of those aspects is to call a border poll."

A spokesman for Sinn Féin told The Irish News: "Sinn Féin fully supports the Good Friday Agreement - in all of its parts - and is committed to its full implementation including the provision for a referendum on Irish unity."