Nine Irish-born leaders who made a difference in America named 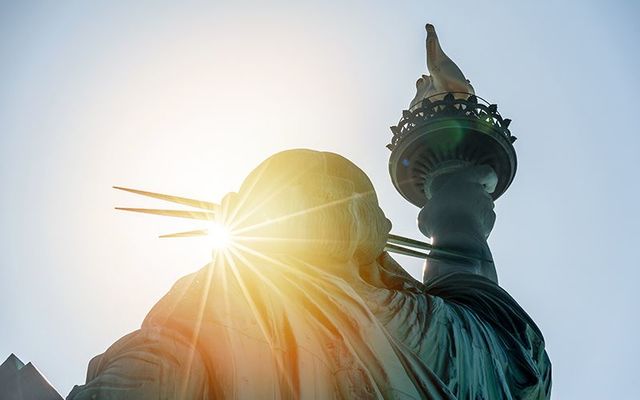 Nine Irish Lives, a new anthology that examines the contributions made to America by nine remarkable Irish immigrants iStock

In Nine Irish Lives (Algonquin) a new anthology that examines the contributions made to America by nine remarkable Irish immigrants, that point is made subtly, explicitly and repeatedly in a series of compelling essays edited by Mark Bailey.

The timeliness of contemporary Irish American writers contemplating the contributions of inspiring Irish immigrants is hard to miss, and it gives this book its urgency and its gravitas.

Bailey spells it all out in the introduction. Three decades ago he came across an essay titled Nine Famous Irishmen. What followed was a series of biographical sketches of accomplished Irish men (they were all men) that was composed, we can safely deduce, of one part myth, one part urban legend and one part revenge drama.

What is undeniable in each tale was the stark fact of the mass Irish migration. The impact of the famine was like a meteor strike that sent a million men, women and children into orbit, taking the boats away from a ruinous calamity toward the new world.

America offered this displaced and traumatized Irish Diaspora the same deal it has offered to millions of others: a shot, an opportunity, one commonly denied at home, to live an extraordinary life, to achieve their full potential. Ireland's loss was the world's gain.

Spanning America's story from the dawn of the Republic to the present day, in Nine Lives Bailey has assembled a fascinating company of journalists, actors poets, politicians and novelists – each of whom represents a link in the chain of the Great Story of the Irish in this nation - to tell the stories, which they do with an immigrants insight. In each of them that epic journey lives on.

The late Tom Hayden, icon of the 1960s counter culture who passed away in 2016, writes about Thomas Addis Emmet, the leader of the 1798 Irish Rebellion who became one of the most respected Irish Americans of his time.

Both men, although born centuries apart, made lifelong commitments to social justice, a tradition that miraculously got handed on though the broken narratives of famine, persecution, mass graves, limestone, coffin ships and fever. In his essay Hayden remarks that Emmet's great work, the long march toward liberty and justice, is also the Irish one and it is in no sense finished.

That Irish impulse toward equality is heard again in broadcaster and host Rosie O'Donnell's (mother of five adopted children) essay about Margaret Haughery, the so-called Mother of Orphans, who built four orphanages in antebellum New Orleans.

As Haughery saw her own hard start mirrored in the destitute orphans of the 19 century, O'Donnell sees echoes of her own story too, half orphaned by the age of ten and left behind with an abusive father who took to drink. Like Haughrey and so many other Irish, the lesson was not lost on O'Donnell: in saving others one may save oneself.

Professor Terry Golway writes about Mother Jones with the insight and at times the reverence of a bishop researching the life of a saint. It's appropriate. “Don't be afraid boys,” she counseled men striking for better working conditions. “Fear is the greatest curse we have.” Her oratorical skills were matched only by her passion. She discovered that courage is contagious, placing her in a direct line of inspirational Irish activists that run right down to the present day.

Jill McDonough's remarkable essay on the transgender Civil War soldier Albert Cashier reminds us that America has often functioned as a clean slate, a place to start over, and a place to make the entirely new happen, with extraordinary results.

Michael Moore celebrates the wonderfully unshockable investigative journalism of Samuel S. McClure, who didn't fawn over his powerful subjects, but instead inspired a generation of writers to follow his example and be a force for good nationally.

Mark K. Shriver's essay on Father Edward Flanagan of Boys Town underlines an unbreakable commitment, enshrined in our faith, to give aid to those in need. Echoing Flanagan's example Shriver ended up working for Save The Children, another echo of the Great Work that is a consistent theme of this collection and the Irish narrative itself.

Broken narratives are as much a part of the Irish experience as the echoes that persist though every era. In Pierce Brosnan's heartfelt study of the film director Rex Ingram, we see one immigrant trace anothers progress with the insight of a fellow traveler.

Kathleen Hill's beautiful essay on the gifted Maeve Brennan is worthy of its haunted subject and cites one of the authors most characteristic preoccupations, a tenderness toward the forgotten.

It may still be too early to tell what the impact of the French Revolution is, but the contribution that Niall O'Dowd has made to peace in Ireland already speaks for itself. In their concluding essay on The Irish Voice publisher Mary Jordan and Kevin Sullivan focus on a peculiar gift of the immigrant that O'Dowd brought to bear on the peace process, the ability to discern the path not taken and the forgotten angle. We all walk on the paths these immigrants have cleared for us now.