“Irish on the Inside” peace and civil rights champion was a friend and ally of Ireland and proud of his roots. 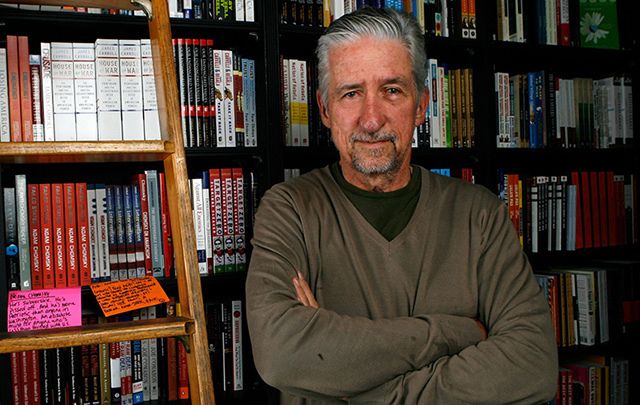 His wife, the Canadian actress Barbara Williams told CNN that Hayden died on Sunday night, at the UCLA Medical Center, in Santa Monica, due to complications related to a stroke he had suffered in 2015.

Born in Detroit, Michigan, Hayden was one of the “Chicago 7” who were convicted on federal charges of conspiracy and incitement to riot over anti-Vietnam War protests, at the 1968 Democratic National Convention. The conviction was overturned, after an appeal.

In his 2001 book, “Irish on the Inside: In Search of the Soul of Irish America,” Hayden wrote about how he first realized his deep connection to the Irish when he heard the civil rights marchers in Northern Ireland singing “We Shall Overcome,” in 1969.

Sinn Fein President Gerry Adams was among those who expressed their sympathy at Hayden’s death. In a statement he said “Tom was a truly iconic figure who had a profound and lasting influence on the direction of American politics in the 60s and 70s.

“His identification with Ireland and his pride in his Irish roots are well documented…He was a friend and an ally.

“He was outspoken about his support for justice and equality in Ireland and visited the north many times. His writings on Ireland showed his unequivocal solidarity with the efforts to bring about change, something that was at the core of his political work all his life.”

Hayden’s grandparents had been among those Irish forced to emigrate to the United States during the 1850s and his own parents, Genevieve Isabelle Garity and John Francis Hayden, had erased his Irish heritage in a quest for respectability. His book explores the losses wrought by such conformism. He claims that assimilation is what has led to high rates of schizophrenia, depression, alcoholism and domestic violence among the Irish community. He argued the modern-day Irish American needs to re-inhabit their history and recognize that assimilation need not entail submission.

He wrote “The survival of a distinct Irish soul is proof enough that Anglo culture will never fully satisfy our needs. We have a unique role in reshaping American society to empathize with the world’s poor, for their story is the genuine story of the Irish.”

President of the Capitol Hill-based Irish National Caucus, Father Sean McManus also released a statement following Hayden’s death. It read “I got to know Tom quite well through our Mac Bride Principles campaign.”

The MacBride Principles, made up of nine fair employment principles, are a corporate code of conduct for US companies doing business in Northern Ireland. Launched in 1984 they have become the Congressional standard for all US aid to, or for economic dealings with, Northern Ireland.

McManus continued “He, along with State Senator John Burton, were the leading champions— in California State government— of our Mac Bride Principles, which we got passed into State law in March 1999.

“Tom was a most impressive man. A great American and an ardent Irishman. God rest his noble Irish soul. My thoughts and prayers are with his family.”

Thank you for your condolences. Tom Hayden, 1960s radical who became champion of liberal causes, dies at 76. https://t.co/BgpqMFqcLq

A prolific author, he penned over 20 books topics including Ireland, Cuba Vietnam, street gangs, spirituality and environmental protection, the Iraq war and the Newark riots.

Hayden was a leader of the influential Students for a Democratic Society and wrote its Port Huron statement, a visionary that still inspires anti-authoritarian and pro-democracy movements.

The first line reads: “We are people of this generation, bred in at least modest comfort, housed now in universities, looking uncomfortably to the world we inherit.”

The activist paid a personal price for his position. His father, a Republican, refused to speak with him for 13 years but they reconciled before his death, just a few days Hayden won election to the Assembly in 1982.

Hailed as a “political giant” Hayden served for two decades as a California state lawmaker, in the State Assembly and the Senate.

He was married to actress and fellow political activist Jane Fonda, from 1973 to 1990. The couple had a son, Troy Garity. Hayden also had a son, Liam, with his wife Barbara Williams.

Ever a political writer Hayden’s latest volume, “Hell No: The Forgotten Power of the Vietnam Peace Movement,” will be published in March 2017. Just hours before the news of Hayden’s death broke Katrina vanden Heuvel, the editor of the Nation magazine (which Hayden was a columnist for an a member of the editorial board) tweeted:

At time when we need revived peace movement, Tom Hayden's book "Hell No:The Forgotten Power of the Vietnam Peace Movement" will be vital.

Very sad to learn of the death of our friend @TomEHayden in California.Tom was an Internationalist & Peacemaker.My love to Barbara & family.

Tom Hayden was a true American hero, a warrior, willing to put his life on the line to preserve our democracy. He will be greatly missed. https://t.co/j7tFIR0kfL

"Tom Hayden is the kind of politician who gives opportunism a bad name." ― Gore Vidal