Goodfellas can still teach us a lot 30 years on

Tom Deignan compares the indictment of an Irish American union delegate in New York and the current political landscape to Goodfellas. 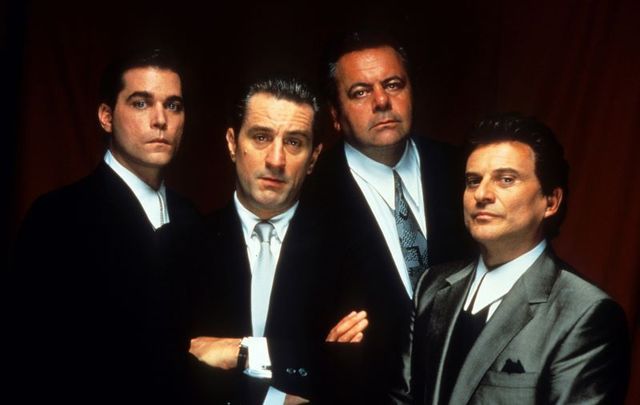 It was fitting this week that an Irish American union honcho, born and raised in New York City, was indicted on federal charges stemming from accusations of bribery indicative of a “shocking level of greed and corruption,” in the words of Suffolk County District Attorney Timothy D. Sini.

The investigation of James W. Cahill and nearly a dozen current and former members of steamfitters Local 638, Sini added, is “very much ongoing.”

Obviously, it’s not a good thing that Cahill and his union cronies may have spent one part of their lives talking about the dignity and honor of organized labor, while spending another part of their life, according to a report in The New York Times, accepting “more than $100,000 in bribes starting in October 2018 in return for using their influence to help employers who had hired nonunion labor.”

Still, given all of the things 2020 has brought with it, this union corruption story has a certain old-school New York charm, no?

It also comes as we celebrate the 30th anniversary of another wondrous slice of bygone Gotham -- Martin Scorsese’s classic Irish-Italian gangster flick Goodfellas.

This Hollywood classic about Brooklyn mobster Henry Hill’s rise and fall “is frequently cited as the most realistic American movie about organized crime ever made,” Glen Kenny writes in a new book released to mark the film’s birthday, Made Men: The Story of Goodfellas.

Part of the realism is that, for all of the blood, guts and black, bleak comedy (“Funny how?  How am I funny?”), there’s a lot to learn about how the world works in Goodfellas.

And so, when he gets his day in court, Cahill may make the argument that he’s simply continuing a long, New York Irish tradition.

In his new book, Glen Kenny also quotes Nicholas Pileggi, the author of Wiseguy, on which Goodfellas is based: “These mob guys, most of them, had lived a life of not telling stories. They had dedicated their lives to being monosyllabic.

“Henry was the opposite. He was the Irishman. He was playing to the crowd. He would dance. And the wiseguys liked him for that. The fully Italian guys didn’t hold anything against him, because he was not one of them. He was like the court jester.”

Even though it is 30 years old, Goodfellas still has a whole lot to teach us in 2020. Both Republicans and Democrats.

For pro-Trumpers who want to “build the wall,” because today’s immigrants and their offspring are simply not as grateful and well behaved as yesterday’s, well, remind yourself how downright depraved so many of these Irish and Italian hoods could be.

Recall that it’s not technically Henry’s “Irish blood” that precludes him from becoming a made guy. It’s just that the Italian guys can’t trace Henry’s relatives back to the old country, should they need to intimidate or kill them.

Oh, but you woke Democrats could also stand to watch Goodfellas again. It is, after all, so thoroughly entertaining that you forget that you are watching a movie which revolves around racist, homophobic, anti-Semitic misogynists.

Does that mean this movie should be consigned to the dustbin of history? No. It means we have to accept that interesting movie characters, like real people, generally have some good qualities and some bad qualities.