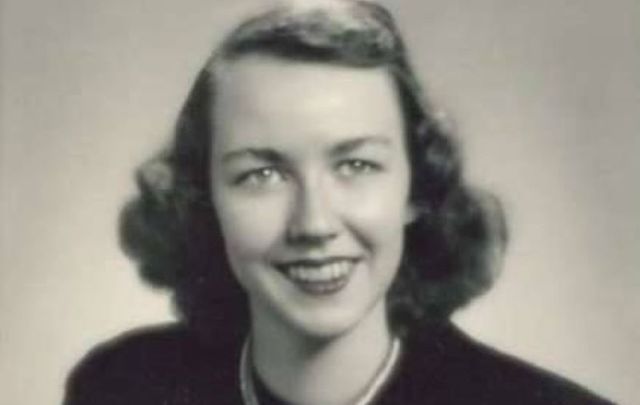 After learning about some of Flannery O'Connor's "racist perspectives," Loyola University Maryland re-named a residence hall that was named after the writer.

I’m not sure about much. But if tomorrow I met a person who told me they just read something by the Irish American writer Flannery O’Connor, I would feel comfortable assuming that this was a thoughtful person committed to making the world a better place. In fact, if I met a person who’d merely heard of Flannery O'Connor, I’d be confident that this is a person I could have a pint and a chat with.

Not good enough for the Jesuits over at Loyola University Maryland. “During recent conversations around racism, one of the issues that caught the attention of our community was the name of Flannery O’Connor Residence Hall,” university president and Irish-American Father Brian F. Linnane, S.J., wrote in a letter to the “Loyola Community.”

“Information coming forward recently about O’Connor, a Catholic American writer of the 20th century, has revealed that some of her personal writings reflected a racist perspective. The building names we use at Loyola should declare to our students--and entire community--what sort of values we esteem and hope to instill in our graduates...Its name should reflect Loyola’s Jesuit values.”

I thought maybe scholars had located an unpublished O’Connor story about something abhorrent. Like, you know, an openly gay priest. Or a female pope. If you think that’s a cheap shot, it’s got nothing on the title of The New Yorker magazine article that kicked this whole debate off: “How Racist Was Flannery O’Connor?”

Too bad O’Connor was unmarried, or the magazine could also have pondered if the author was still beating her spouse. The article, written by the brilliant scholar Paul Elie, makes a convincing case that O’Connor thought and wrote reprehensible things in her personal life. Not things that “reflected a racist perspective.” They were racist. Plain and simple. But unfortunately not shocking given that O’Connor grew up in 1940s and 1950s Georgia.

I also appreciate Loyola’s decision to re-name the residence hall after sister Thea Bowman. Google her. Amazing life. A future saint, most likely. Still, I hate to sound like the wealthy Protestant landowners who founded this great nation, but does any institution remotely affiliated with Catholicism in 2020 really have the moral standing to make any kind of “values” judgment?

Asking hard questions about power eventually leads to more difficult questions about power. Should the president of a university founded in pre-Civil-War Maryland -- from an all-male order -- which currently charges $250,000 for a bachelor’s degree and dorm room, stand in judgment of a reclusive female writer stricken with Lupus before she turned 30, and dead before she turned 40?

Many Jesuits in the 21st century do exemplary social justice work. Other Jesuits over the past five centuries dabbled in slavery and mass conversions of indigenous peoples. Should the latter utterly neutralize the former?

The point is not to ignore or excuse the dehumanizing language O’Connor and so many others employed when referring to African Americans. The point is that there are not many saintly people like Sister Thea Bowman out there. In fact, as the Catholic Church well knows, many actual saints turn out to be far from saintly.

But at some point, we need to accept that many people -- like Flannery O’Connor -- who have great gifts also have great flaws, and to ignore either at the expense of the other is, at best, naive. Sometimes, it even smacks of something Jesus once said about sinners and casting stones.