How Irish liberals have ruined America

Where do Irish Catholics fit in the 2020 American political landscape? 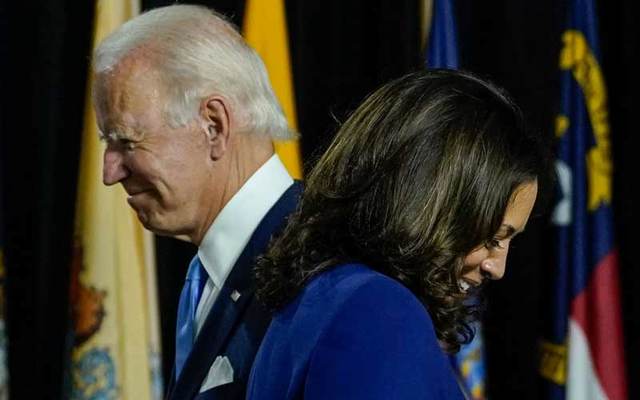 *Editor's Note: This column appeared in the August 18 edition of the Irish Voice newspaper, sister publication to IrishCentral.

Now that Joe Biden has selected Kamala Harris as his running mate, the 2020 presidential race -- and all the mud-slinging and name-calling -- can begin in earnest.

The first week was marked by utterly unsurprising but still repugnant comments by President Trump, who voiced support for a theory that Harris, the child of a mother from India and father from Jamaica, may not be eligible to serve as vice president.

If the Trump-Pence team is going to break out the classics from the Obama birther era, why stop there? Why not accuse Biden of being beholden to a foreign potentate -- you know, the pope?

Unfortunately, Biden, striving to become just the second Catholic president, is going to catch shrapnel from multiple sides on the whole Catholic question.

First, there will be a certain kind of left-winger -- um, like his running mate -- who will view any Biden connection to the church as support for anti-abortion, homophobic views.

Then from the right there will be charges that Biden is not a “real” Catholic. Which is a real hoot coming from a supporter of a spiritual titan such as Donald J. Trump.

Then there will be the conspiratorial right wingers who made “pizzagate” an actual thing, with its salacious belief that Democrats protect pedophiles.

Biden’s church, let’s face it, does not have a good record on this front.

But there is another really interesting criticism of a guy like Biden out there, and it touches upon this bigger question of where Irish Catholics fit in the 2020 American political landscape.  Should their experiences make them natural liberals or conservatives?

A theory laid out neatly in a recent book by Amity Shlaes suggests if they are liberals, they are terrible at it.

Entitled "The Great Society: A New History," Shlaes’ book takes broad aim at the American welfare state -- not exactly a new argument for a conservative to make, but still fair game.

Too often liberals try to have it both ways by decrying just how rough it is to be poor in America, yet at the same time defend social programs that, it can be argued, don’t necessarily do much to overturn structural poverty.

The interesting thing about Shlaes’ book, which has spent time on many best seller lists, and takes up a half page advertisement each week in The New York Times “Week in Review” section, is the people she focuses on.

Who are the people who convinced President Lyndon Johnson to expand the so-called “war on poverty,” which gave us the social welfare system we have, for better or worse, to this day?

First, there is former U.S. Senator Daniel Patrick Moynihan, who worked on racial and poverty issues for former presidents Johnson and Richard Nixon.

Then there is Michael Harrington, the acclaimed social critic who opened many eyes with his book about poverty called "The Other America."

Then there is the famed student activist Tom Hayden, best-known for his role in crafting the Port Huron Statement, a sacred text of the 1960s student protest movements.  Hayden wrote a book later in life called "Irish on the Inside."

Finally, there is Sargent Shriver.  Okay, I know. That is one of the more interesting names in American political history, but it certainly ain’t Irish.

However, Shriver earns honorary Irish status not only as a famously devout Catholic but also because he married into the most famous Irish liberal family, the Kennedys. Shriver ended up having five children with Bobby and Jack’s sister Eunice.

Read More: The “privilege” of being Irish American

In her book as well as in interviews, it is interesting to hear Shlaes talk about how religion influenced these various Irish Americans.

It is a version of compassionate Catholicism Biden may well share with voters in the coming weeks.

Does it make Biden a “real” Catholic?

Well, that probably depends on who you ask.