Could the "Derry Girls" finale be shown in English, Scottish, and Welsh schools to educate people on The Good Friday Agreement and the Northern Ireland Peace Process? 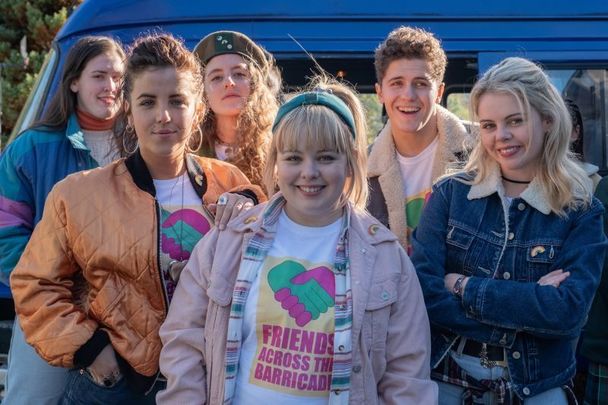 The cast of "The Derry Girls". Hatrick Productions / Netflix

Simon Hoare, Chair of the Northern Ireland Affairs Committee, and Chris Heaton-Harris, Northern Ireland's Secretary of State, suggested in Westminster on Tuesday that "Derry Girls" be used to further knowledge of Northern Ireland and the Good Friday Agreement in England, Scotland, and Wales.

"Maybe enforced viewing of the final episode of 'Derry Girls' in every school actually would be not a bad thing," Hoare suggested on Tuesday during a sitting at Westminster.

Hoare made the suggestion after Heaton-Harris said during Tuesday's sitting: “I don’t think people quite understand the importance of the Belfast/Good Friday Agreement … and the peace that has flowed from it equally, so, it’s been hard won over a long period of time."

Elsewhere in Tuesday's sitting, Heaton-Harris, who became Northern Ireland's third Secretary of State within three months in September, remarked:  "I have become very aware in the short time that I have held this role that there is actually a bit of education to be done in England, Scotland, and Wales as to why the Belfast/Good Friday Agreement is so important and what it has done."

Heaton-Harris spoke of "plenty of unbelievable tragedies" in the North during the Troubles. He added that people in England and Wales had a particular "lack of understanding" about the Northern Ireland Peace Process.

He added that the 25th anniversary of the peace deal in 2023 will be a "good opportunity for reflection".

Derry native Lisa McGee, the creator of "Derry Girls," took notice of the suggestion and referenced it in a tweet on Tuesday:

The final episode of the three-series sitcom focuses on the show's characters voting in the 1998 Belfast / Good Friday Agreement referendum.

The referendum was passed by a majority of over 70% and subsequently ended most of the violence of "The Troubles," the political conflict in Northern Ireland that had prevailed since the late 1960s.

Watch the trailer for season three of "Derry Girls" here: