Liam Neeson and the hit-show "Derry Girls" have some of the hardest accents for Americans to understand, according to a new survey. Thank goodness for subtitles! 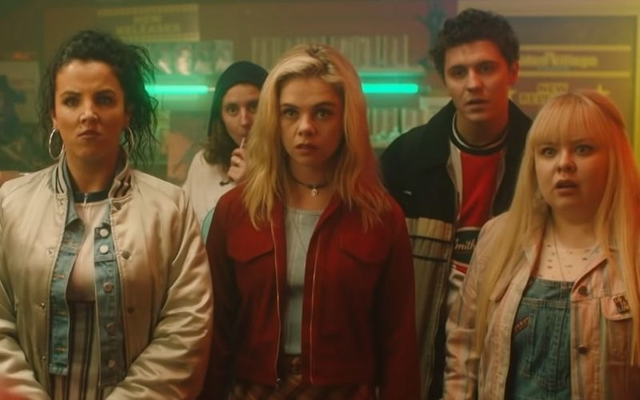 Catch yourselves on! A survey has revealed that the television show "Derry Girls" and actor Liam Neeson have some of the hardest accents for Americans to understand.

The survey carried out by language learning app Preply asked 1,265 Americans about their opinions on subtitling, including the series and actors that they had the most trouble understanding.

The hugely popular Northern Irish sitcom "Derry Girls" ranked number two, while actor Liam Neeson from Co Antrim, who featured in the latest season, was placed at fifteen for the hardest celebrity to understand.

The multi-award-winning fantasy series "Game Of Thrones", which was filmed in Northern Ireland, took the third spot in the survey. Regency romance drama "Bridgerton", also starring Derry Girls actor Nicola Coughlan, also made it onto the list, placing sixth.

Other shows that viewers in the US struggle with due to accents include "Downton Abbey," "Doctor Who," "Love Island," and "Squid Game."

The survey also discovered that around 50 percent of Americans watch shows with subtitles most of the time and a vast majority stated they find it more difficult to hear shows nowadays.

A total of 17 percent of Americans said that the Irish accent was the most difficult to make sense of, while 50 percent said they found the Scottish accent the hardest to understand.

Still, despite the need for subtitles, "Derry Girls" has proven a hit across the Atlantic. The popular comedy series, which airs on Netflix in the US, follows a group of rowdy teens in the 1990s in Northern Ireland during The Troubles. Series creator Lisa McGee has previously said she based the show on her own experiences growing up in Derry, Ireland.

The third and final season of "Derry Girls" aired in April of this year, with Liam Neeson making a surprise appearance in the debut episode, where he played Chief Constable Byers, who is tasked with questioning the gang after they were caught on school grounds that evening.