The Canadian man behind the "Harbour Customs" account on TikTok has caused a stir online with his authentic-sounding Irish brogue. 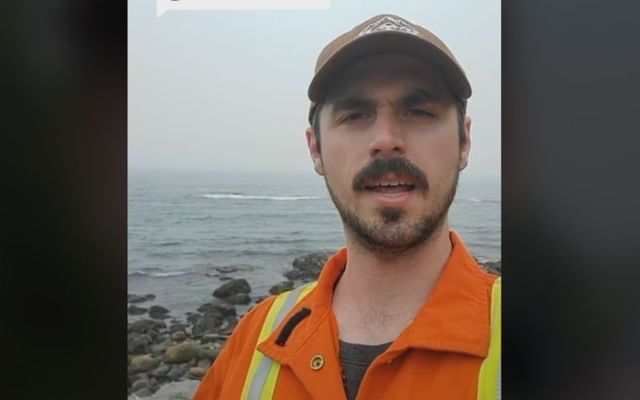 A Canadian TikToker has gone viral after speaking with an accent that sounds like it comes straight out of Ireland.

Based in Southern Shore, Newfoundland, the man behind the Harbour Customs TikTok account is causing a stir for speaking with an authentic-sounding Irish brogue.

Addressing comments from his followers about his accent, he said he was "only 3,000 miles away from Ireland and that would be why we sound how we sound".

In a separate video addressing "a proper thick" fog in Newfoundland, the man sounds as though he is talking about a scene in the west of Ireland.

"You sound pure Irish. Lol I’m from Ireland n u sound like yer man up the road," one follower commented.

"This is the most Cork accent I've heard from someone not from Cork. love it," said another.

Irish migration to Newfoundland dates back to 1536 and over 22% of Newfoundlanders claim Irish heritage today.

Irish historian Tim Pat Coogan once described the province as the "most Irish place outside of Ireland".

Settlers who arrived in Newfoundland from Cork often grouped together, ensuring that the Irish accent has survived among their descendants, even if they never traveled to Ireland.

Newfoundland is also the only place outside Europe that boasts an Irish-language name.

Fogo Island, the province's largest offshore island, is home to a distinctly Irish community, with present-day descendants of Irish ancestors speaking with the most authentic of Irish accents.

Located on the east of the island, the small fishing village of Tilting boasts an Irish-language sign "Fáilte go Tilting" (Welcome to Tilting).