The Canadian Island with Irish accents

A trip to Fogo Island off Newfoundland will leave you thinking that you haven't left Ireland at all. 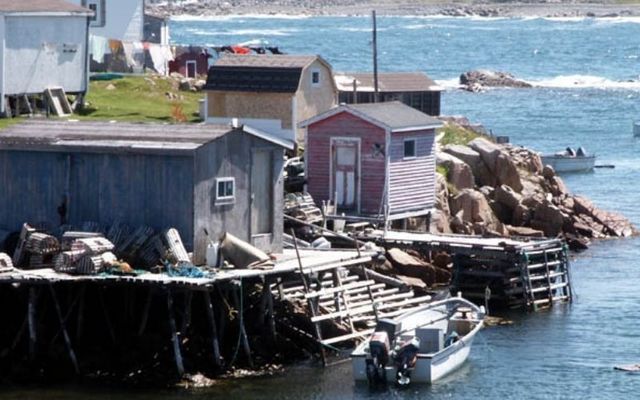 Fogo Island is one of the most Irish places in the world outside Ireland. Wikimedia Commons

Did you know that an island off Newfoundland in Canada is home to one of the most authentic Irish accents in the world?

More than 3,000 kilometers separate Fogo Island, the largest of Newfoundland and Labrador's offshore islands, and the island of Ireland, but the small island is probably the most Irish island in the world outside of Ireland.

Boasting a population of just 2,706 in 2016, Fogo Island has a long and storied connection with Ireland, with the first Irish settlers arriving on the island in the mid-18th century, long before the Great Hunger spawned widespread emigration to Canada.

The island's Irish connection is hardly surprising. Newfoundland is dubbed the most Irish place in the world outside of Ireland itself and at least 22% of its inhabitants can claim Irish ancestry. Newfoundland is also the only place outside of Europe that can boast an Irish language name and has been home to Irish immigrants since the mid-1500s.

On the east of Fogo Island, the tiny fishing village of Tilting is as Irish as they come, even boasting a "Fáilte go Tilting" (Welcome to Tilting) signpost.

Tilting's Irish cemetery is believed to be the oldest Irish cemetery in Canada, while surnames like McGrath, Dwyer, Foley, and Murphy continue to feature prominently in the small fishing village.

Present-day residents in Tilting still talk with the accents of their ancestors, who predominately emigrated from Wexford, Waterford, Cork, and Tipperary in the 1700s, with Thomas Burke becoming the first Irish settler to arrive on the island in 1752.

These early Irish emigrants were drawn to Tilting by the abundance of cod in the waters off Fogo Island and endured the harsh winter conditions on the island in return for plentiful hauls.

However, Fogo Island's inshore fishery began to collapse in the 1960s due to overfishing by large and powerful ships, and by 1992, cod had almost become extinct in the region. In response, the Canadian Federal Government introduced a moratorium on cod fishing in a bid to replenish cod stocks, which had a devastating effect on locals, prompting many to leave in search of work after their chief source of income was destroyed.

Nevertheless, those who remained on the island have persisted, establishing a number of tourism and cultural initiatives to ensure that this unique Irish island persevered.

The Tilting Recreation and Cultural Society (TRACS), founded in 1992 in response to the depletion in cod stocks, has created hiking trails in the community to draw tourists and also established an artist residency for Irish artists. The program has now been expanded to include artists from all over the world.

In a nod to Tilting's Irish roots, TRACS also established an annual Irish cultural festival - Féile Tilting - which celebrates the unique Irish heritage of the Canadian island every September.

The festival began by bringing Irish storytellers and musicians over from Ireland and has evolved to include workshops and a shed crawl - the closest thing to a pub crawl for a village with no pub where people enjoy beers and banter in resident's sheds.

Their efforts paid off. In 2002, Tilting was designated Newfoundland's first Provincial Heritage District, while it was designated as a National Historic Site of Canada just one year later.

Several Irish politicians visited the island in 2003 after it was declared a National Historic Site, further strengthening the bond between Fogo Island and Ireland.

Fogo Island received a further boost in 2013 when the luxury Fogo Island Inn opened on the island. The hotel was built by native islander Zita Cobb, who returned to the island after amassing a fortune in the fiber optics industry and decided to pour money into the local economy.

The remarkable hotel was built in-part by Irish workers who were drafted in from Toronto to help build the postmodern building that is propped up on stilts at one end.

And so, this tiny Irish island located off the coast of Canada has rebounded from the devastation of the cod moratorium of the 1990s through a series of innovative regeneration schemes that have breathed new life into the local community.