Julia Roberts and Sean Connery may have won Oscars, but that doesn't mean they can pull off an Irish accent. 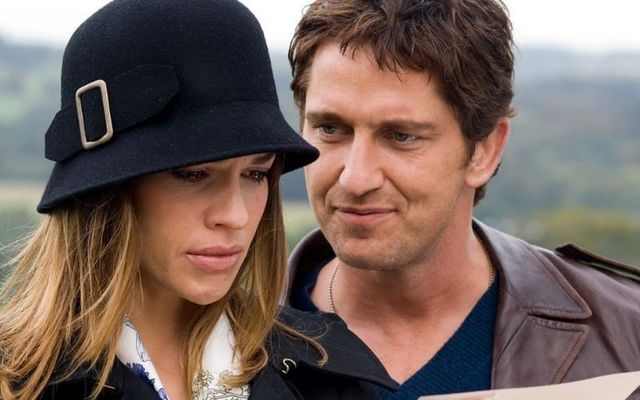 Hillary Swank and Gerard Butler in "PS, I love you": Stick to you Scottish accent, thank you! Warner Bros.

The Irish accent, judging from some of Hollywood's attempts at it over the years, must surely be one of the most difficult for actors to master.

We've plowed through the archives and nominated our top 10 worst offenders. What do you think? Read down through our list or use the playlist on the right to listen to the worst Hollywood Irish accents!

If you want to perfect your own Irish accent, Irish actress Saoirse Ronan has a perfect guide here.

Sean Connery in Darby O'Gill And The Little People

The gold standard against which to judge all other bad Irish accents must surely remain Sean Connery's portrayal of Michael McBride, in the Walt Disney classic Darby O' Gill and the Little People.

Sean Connery in The Untouchables

Darby O'Gill was released in 1959, and by 1987, when he starred as the tough Irish cop Jim Malone in The Untouchables, things had scarcely improved (though ironically, he nabbed the Best Supporting Actor Oscar).

It's not just the Irish accent that the Bond star has grappled with it - no doubt he also made the cut for some Top 10 List of Bad Russian Accents for his portrayal of Captain Marko Ramius, in The Hunt for Red October.

Every so often, U.S. actors - even really good, respected actors like Kevin Spacey - come out with stuff like Ordinary Decent Criminal, a fairly unremarkable movie save for the fact that the main stars all try to outdo one another on the bad Irish accent front.

It's a kind of bizarre concoction of various Irish regional accents - a little bit of Dublin, a touch of Northern Ireland - that slips into American every fifth sentence or so.

It's astonishing that Colin Farrell, a native Dubliner, didn't think of saying to Spacey, "What the f**k, Kevin?! No one in Ireland, and I mean no one, talks like that! Now go get a voice coach and give the Oirish accent a rest!"

This mustn't have happened - and indeed, the director, Thaddeus O'Sullivan, himself an Irishman, somehow failed to spot that Spacey's co-star, Linda Fiorentino, had an equally ridiculous accent. Shame on both O'Sullivan and Farrell for not spotting these...

It remains a mystery why this film actually got made, when John Boorman's The General - a movie about the same thing - came out before it, and is vastly superior.

Tommy Lee Jones in Blown Away

One of the other stock Irish characters in Hollywood movies is the Irish terrorist. (For example, Sean Bean in Patriot Games, Brad Pitt in The Devils Own, Richard Gere in The Jackal, etc.)

Perhaps the worst bad Irish accent offender from the Irish terrorist category is Tommy Lee Jones' portrayal of Ryan Gaerity in Blown Away, above and beyond the worst Northern Irish accent you are ever likely to hear.

Like Sean Connery, Julia Roberts is a repeat bad Irish accent offended: in 1996, she played Kitty Kiernan, the lover of Michael Collins in the movie of the same name.

(English actor Alan Rickman, playing Eamon de Valera in that movie does a pretty good job in his Irish accent - shame he didn't pass on any tips to Roberts.)

Things went from bad to worse for Roberts in Mary Reilly, which was also released in 1996.

In it, she plays the title role, an Irish housemaid who becomes embroiled in a love affair with her employer Dr. Jekyll, and his alter ego, Mr. Hyde.

Apparently, Roberts had a voice coach for the part - and Roberts spokeswoman told a tabloid, "Julia wants her voice to be authentic."

Do yourself a favor, Julia - the next time you play an Irish character in a movie, get yourself a new voice coach.

Tom Cruise in Far And Away

To be perfectly fair to the much pilloried Tom Cruise, his Irish accent in Far and Away is truly appalling.

If Cruise's Irish accent has any redeeming features it's that it might fall into the "It's so bad, it's funny" category of Irish on-screen accents.

It also diverts attention from Nicole Kidman's efforts at an Irish accent in the same movie. (In one scene, Cruise tells Kidman, "Yer a corker, Shannon. What a corker you are!" - a well known Irish pick-up line.) While being fairly feeble, it's not the crime against Irish humanity perpetrated by her ex-husband, to be sure, to be sure.

Brad Pitt in The Devil's Own

While not sinking to the same depths as Richard Gere in The Jackal, Brad Pitt still manages to embarrass himself - and indeed anyone from Northern Ireland - with his efforts at playing Frankie Gallagher, an IRA man-on-the-run.

Apparently, Pitt spent a few days hanging around Belfast to perfect a Belfast accent. (He was even attacked in West Belfast while he was researching the role.)

Probably could have done with a few more days in Belfast...

Gerard Butler in P.S. I Love You

Everyone involved in the making of this film, from the producer to the coffee maker, should be rounded up and shot - it's that bad.

First on the list to go is Gerard Butler, who plays lovable Irishman Gerry Kennedy, and whose Irish accent is only one of the many problems in this pretty awful film.

Sean Connery has shown that even Scottish actors can have trouble with an Irish accent - a point also demonstrated by Butler in this movie.

P.S. Gerry, your accent is awful.

Like many of the films featured on this list, this movie falls into the "It's so bad, it's good" category. And it's hard not to laugh at a movie with the tagline "Your luck just ran out."

This horror gained something of a cult following and was also notable for giving Jennifer Aniston one of her first roles.

Of course, in a movie about Leprechauns, anything less than a ridiculous "Oirish" accent would be a total shock - and Leprechaun doesn't disappoint.