“Bridgeton’s” Nicola Coughlan speaks out on fame and body shaming

"So just a thing — if you have an opinion about my body please, please don’t share it with me," Nicola Coughlan said this week on Twitter. 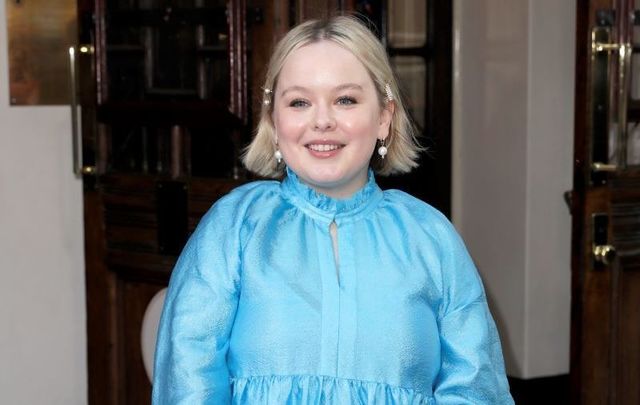 It ain’t always easy being famous says Nicola Coughlan, the 34-year-old Galway-born actress who co-stars in two of the world’s most popular shows, Derry Girls and Bridgerton.

Nicola Coughlan covers the March issue of Elle in the U.K., and she talked about the ups and downs of being recognizable in public.

“Some people are so smiley, while some are afraid of you and don’t want to go near. Some people touch you without asking. I can still do the things I want to do, obviously, but it is different,” she said.

“I went to the pub with my friend a while back and it was like being an animal at the zoo. People just watching and looking. And I remember one time I was taking my Invisalign (brace) out, and this person was staring me right in the eyes, which was quite weird. But, honestly, most people are so, so lovely.”

This is such an honour and such a joy, thank you so much Elle and the brilliant team who brought this together and thank you especially to @vrwpublicity

The issue hits stands February 2nd and I cannot wait for you to see it
????? pic.twitter.com/HFPla3knV6

The second season of Bridgerton, the most popular series ever on Netflix with more than 80 million viewers, drops on March 25. Nicola plays the gossipy Penelope Featherington in the lush period drama; in Derry Girls she’s the adorable “wee lesbian” Clare.  The third and final season of Derry Girls recently wrapped, so now we’re waiting for a premiere date.

On Monday, Nicola took to her Instagram to ask fans not to comment on her body. People, unsurprisingly, can be mean and harsh.

“So just a thing- if you have an opinion about my body please, please don’t share it with me.

"Most people are being nice and not trying to be offensive but I am just one real life human being and it’s really hard to take the weight of thousands of opinions on how you look,” she pleaded.

“If you have an opinion about me that’s ok, I understand I’m on TV and that people will have things to think and say but I beg you not to send it to me directly."

being sent directly to you every day.
If you have an opinion about me that’s ok, I understand I’m on TV and that people will have things to think and say but I beg you not to send it to me directly ❤️